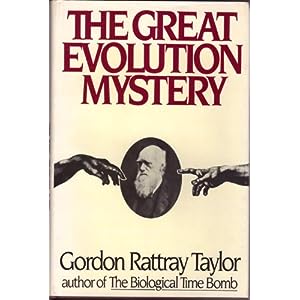 … in the last year of his life.

Not anyone’s idea of a fundamentalist Christian, Gordon Rattray Taylor (1911-1981) was the author of a well-known anti-population-growth work and other trendy stuff as well. In the last year of his life (1983) Taylor wrote The Great Evolution Mystery, disowning Darwinism. Some excerpts here.

He talked about this, for example:

A Mystery of the Natural World: A Worm Armed for War

He talked about this, for example:

A Mystery of the Natural World: A Worm Armed for War

Here is an example of the level of complexity the natural world produces.

Gordon Rattray Taylor was a well-respected British science writer, and Chief Science Advisor to BBC Television. Shortly before his death in 1981, he completed a book, The Great Evolution Mystery, in which he explained why he questioned Darwinism and neo-Darwinism. He relates, for example, the strange tale of the relationship between the pond hydra (Hydra) and the flatworm Microstomum.

The pond hydra is a tiny creature, shaped like a tube, with a mouth end and a foot end. It proceeds through life by rolling end over end. Some species of hydra hunt and protect themselves with a battery of poison guns: tiny stinging cells mounted on their surface that fire a coiled, poisoned hair, with a second hair serving as the trigger.

The hydra is usually safe from the flatworm, but every so often a flatworm seeks out and consumes a hydra. The worm somehow swallows the hydra’s poison gun apparatus without digesting it, and then positions the guns on its own surface. It uses the guns for its own protection; one species actually fires them like rockets at assailants.

As long as the flatworm has ammunition from a previous meal, it ignores hydras. However, when it is low on ammunition, it finds another hydra, eats it, and repeats the cycle.

Taylor asks how a creature with no brain or complex nervous system learns this routine. How does it remember and pass it on? He writes: “The theory of evolution by natural selection is powerless to explain how chance variation could have evoked such a closely coordinated programme.”24

Taylor believed that evolution occurs, and he also believed that natural selection played a role in evolution. However, he came to doubt Darwinism, the idea that natural selection and a few other naturalistic processes explain the life we see around us. Rather, he argued that “we seem to see a purposiveness of the kind which Darwinists refuse to believe in.”25 Taylor did not believe that this purposiveness—or purpose—was part of a divine plan. He thought it was implicit in the nature of life itself.