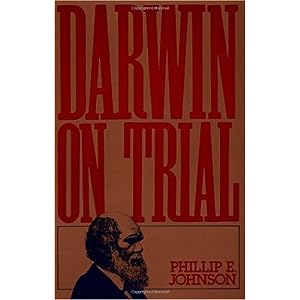 It’s the twentieth anniversary of Phillip Johnson’s seminal Darwin on Trial and people are starting to remember the difference Johnson made. Even by 1991, many were getting restless. It wasn’t just the solemn nonsense propounded in science journals in the name of the Beard. “Evolutionary psychology” was catching on even back then, promising to explain everything, including stuff like why black people are less moral than white people.

Not to worry, a different evolutionary psychologist, given a guarantee of publication in a respected journal – and scads of attention from the pop science press – can come up, we are sure, with reverse nonsense. (One psychologist actually made a good stab at that, but was fingered for fraud; we don’t know if that paper was directly implicated in the current accusations.)

Anyway, in the midst of it all, a Berkeley law prof published a book examining the Darwinists’ claims from a legal – not religious – perspective, and suddenly millions found the courage to say, yes, that’s sort of what we were thinking too. But could never have so clearly explained it.

Here’s the statement that may well have had the most effect:

“I do not think that the mind can serve two masters, and I am confident that whenever the attempt is made, naturalism in the end will be the true master and theism will have to abide by its dictates. If the blind watchmaker thesis is true, then naturalism deserves to rule, but I am addressing those who think the thesis is false, or at least are willing to consider the possibility that it may be false.

Such persons need to be willing to challenge false doctrines, not on the basis of prejudice or blind adherence to a tradition, but with clear-minded, reasoned arguments. They also need to be working on a positive understanding of a theistic view of reality, one that allows natural science to find its proper place as an important but not all-important part of the life of the mind.” – Johnson P.E., Darwin on Trial, Second Edition, 1993, Inter Varsity Press, Illinois, p. 169

In the age of ASA and BioLogos, Johnson’s words are almost a motto.

Let Christian Darwinists have all the religion.  And, as for the rest of us: When in doubt, doubt.

3 Replies to “1991: Phillip Johnson’s shot heard round the world”