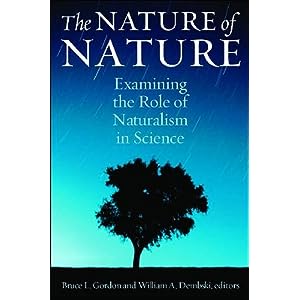 I wrote the index to Nature of Nature , a multilateral discussion of the issues around intelligent design (which originated in a conference that got Bill Dembski fired from Baylor while back.)

Hardest index I ever wrote, and I have written hundreds. What makes it  difficult is that – unlike with most books – the authors disagree about just about everything. So one can’t just identify indexable terms, one must actually read. Such a rare practice these days. I ended up just telling the publisher to be patient – as I would have to be – so I could get it right.

But that index should be good for the reader, to help identify sources for widely made assumptions. For example:

Not many trolls have posted reviews at the ‘Zon yet. That can’t be because they haven’t read the book. Trolls don’t read; they just react. More likely, the book’s multipartisan nature scrambled the trolls’ polarity. They’re probably all clumped together somewhere, like a pile of fridge magnets.