In “Evolution by Mistake: Major Driving Force Comes from How Organisms Cope With Errors at Cellular Level” ScienceDaily (Jan. 26, 2011), Joanna Masel and Etienne Rajon posit “pre-selection” by error in order to explain how natural selection works its Darwinian wonders:

In nature, it turns out, many new traits that, for example, enable their bearers to conquer new habitats, start out as blunders: mistakes made by cells that result in altered proteins with changed properties or functions that are new altogether, even when there is nothing wrong with the gene itself. Sometime later, one of these mistakes can get into the gene and become more permanent.

“If the mechanisms interpreting genetic information were completely flawless, organisms would stay the same all the time and be unable to adapt to new situations or changes in their environment,” said Masel, who is also a member of the UA’s BIO5 Institute.

Living beings face two options of handling the dangers posed by errors, Masel and Rajon wrote. One is to avoid making errors in the first place, for example by having a proofreading mechanism to spot and fix errors as they arise. The authors call this a global solution, since it is not specific to any particular mistake, but instead watches over the entire process.

The alternative is to allow errors to happen, but evolve robustness to the effects of each of them. Masel and Rajon call this strategy a local solution, because in the absence of a global proofreading mechanism, it requires an organism to be resilient to each and every mistake that pops up.

Offhand, this sounds a lot like design. Would anyone like to calculate the probability of such a process forming by Darwinian means (natural selection acting on random mutation)?

The authors are faithful Darwinists, and true to form, Masel has advice for the world, based on her work:

“We find that biology has a clever solution. It lets lots of ideas flourish, but only in a cryptic form and even while it’s cryptic, it weeds out the worst ideas. This is an extremely powerful and successful strategy. I think companies, governments, economics in general can learn a lot on how to foster innovation from understanding how biological innovation works.”

Well, when I was a textbook editor, we weeded out the errors before the manuscript was published as a book, instead of trusting the reader to find them. We didn’t call it evolution, we called it production. 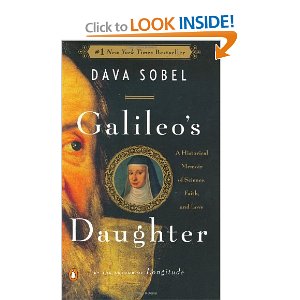 David Coppedge comments here, noting that the cost to a cell of accumulating a lot of junk would be fairly high, cautioning that what the popular science press made of the story isn’t really in the paper (breaking news, breaking news … ). Here’s the paper.

To a bystander, it’s increasingly obvious that convolutions like “pre-selection” to protect Darwinism resemble the constant little adjustments (epicycles) that had to be made to Ptolemy’s Earth-centered model of the solar system. Copernicus recognized that, considered globally, they were making the problem more and more obvious, and a different orientation was called for. Astronomers pretended to the public that everything was normal, and it was very dangerous to dissent. Sound familiar?
Dava Sobel’s book, Galileo’s Daughter, gives a good picture of that era.

9 Replies to “Now that we have got to “pre-selection”, even Darwinians must be wondering …”