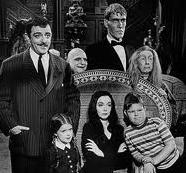 In his book Evidence and Evolution Elliott Sober chastised those silly creationists for deducing that god created the species. “If this simple formula were enough to explain the observations in question,” the evolutionary philosopher warned, “there would be no need for science. Not only would Darwin’s own theory be unnecessary; there would be no need for theories in any other area of science, either.” Darwin’s theory unnecessary? Unthinkable. The “god did it” hypothesis is strictly unscientific. In fact Sober applauds Darwin’s refutation of creationism in proving evolution. In a PNAS paper Sober writes:  Read more

4 Replies to “Sober: Religion Isn’t Science, Except When it Is”