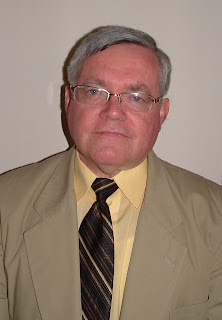 Recently, historian of medicine Michael Flannery, author of World of Life, remarked on the lack of informational value of “99% of biological community disagrees with ID”:

Cotton Mather (1663-1728), the New England divine, actually proposed a germ theory of medicine when 99.9% of the medical community disagreed with him. Conversely, Georg Ernst Stahl (1660-1734) proposed a “phlogiston” theory to explain combustion (burning) and rusting that nearly every scientist of the day (including Joseph Priestly [1733-1804]), hailed.


More recently, when Joseph Goldberger (1874-1929) suggested that pellagra was a nutritional deficiency disease he was dismissed because the Thompson-McFadden Commission had “proven” pellagra to be infectious. History is replete with such examples.


In fact, I would suggest that history indicates that consensus per se merely confirms periods of stability within the scientific community NOT necessarily validity of the concepts around which that consensus has formed.


Science is not entirely cumulative. Arthur Koestler (1905-1983) told us this before Kuhn. “The philosophy of nature,” he wrote in 1959, “evolved by occasional leaps and bounds alternating with delusional pursuits, culs-de sac, regressions, periods of blindness, and amnesia. . . . The mad clockwork of epicycles was kept going for two thousand years; and Europe knew less geometry in the fifteenth century than in Archimedes’ time.” The invocation of consensus in matters of science can be a very fickle friend.

Indeed, real science involves a willingness to break with consensus.

Heck, I’d go further. As I told a group last October, any mediocrity can be a career Darwinist. It requires only the skill set demonstrated by some low level bureaucrats: Defend the system; resist evaluation.

5 Replies to “Consensus science: Voyage of the Dumbed”