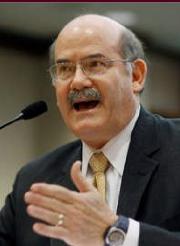 Last year the Texas State Board of Education formed an advisory committee to help them streamline the state’s science standards. The committee, composed of a majority of evolutionists, has ignited a controversy by urging the board to delete the only two evolution standards that require evolutionary explanations.
To help clarify what is at stake, consider this question: Do you believe that we humans are only a bunch of molecules that enjoy having conversations? Usually, only atheists will answer “Yes.” Most of us think the idea is ridiculous and answer “No” — it goes against our scientific common sense. Yet, this purely materialistic idea is, in essence, the only officially government sanctioned lesson we may teach our children about their essential nature.

At least they are consistent; they didn’t want them passed to begin with. Back in 2009, when they were first adopted, the evolution community was shocked. Eugenie Scott of the National Center of Science Education (NCSE) stated: “Let’s be clear about this. This is a setback for science education in Texas, not a draw, not a victory.”

Steve Newton, also of NCSE, claimed “the board’s actions are the most specific assault I’ve seen against the teaching of evolution and modern science.” Science, the prestigious journal of the American Association for the Advancement of Science, reported that “new science standards for Texas schools strike a major blow to the teaching of evolution.” Remember: All that the standards did was to require evolutionary explanations to be taught.

Please note, the standards did not insert creationism or intelligent design into the curriculum. Had that been the case, they would have been immediately challenged in court and thrown out. This is also confirmed in the committee’s rationale for dropping the standards. They don’t argue the standards are creationist; they argue instead that they are redundant, cognitively inappropriate or take too much time. They are not redundant; these two standards are the only ones out of all the other 42 specific biology concept standards that ask for explanations. And the cognitively inappropriate standard in question can be illustrated by a simple line chart; this doesn’t take too much time.

The key word in this debate is “explanations.” The board should keep them. Remember: If they are deleted, one removes the only line of engagement with evolution for those of us who do not accept materialist ideas that we are only molecules and that the universe popped into existence out of nothing. Deleting them would allow the teaching of evolutionary dogma in Texas to go unchallenged.

Also note: None of the grave warnings of the evolutionists have materialized. In the meantime, however, our children have been required to take a little time to analyze and evaluate evolutionary explanations for how they arrived on this planet. This is no small point; it is definitely worth keeping.

McLeroy is the former chair of the Texas State Board of Education.

(Reprinted with permission from Austin-American Statesman)

One Reply to “By all means teach evolution in Texas schools”