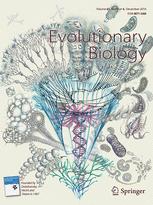 The natural world demonstrates signs of spatial–temporal order, an order that appears to us through a series of recognizable, recurring and consecutive patterns, i.e. regularities in forms, functions, behaviors, events and processes. These patterns lend insight into the modes and tempos of evolution and thus into the units, levels, and mechanisms that underlie the evolutionary hierarchy. Contributors to this special issue analyze converging patterns in the biological and sociocultural realm across and beyond classic divisions between micro- and macro-evolution; horizontal/reticulate and vertical evolution; phylogeny, ontogeny and ecology; synchronic and diachronic sociocultural and linguistic research; and tree and network diagrams. Explanations are sought in complexity theory, major transitions of evolution, and process and mechanism approaches to change; and consequences for notions such as “life”, “species”, “biological individuality”, “units” and “levels” of evolution are given.