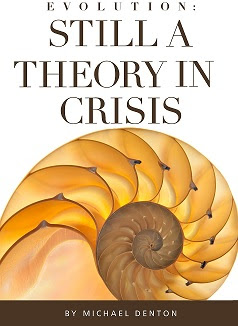 Biochemist Michael Denton has a new book in the works, Evolution: Still a Theory in Crisis.

His 1985 book Evolution: A Theory in Crisis first brought before a general public the reasons Darwinism might not be the single greatest idea anyone ever had, which of course earned the agnostic biochemist (who did not doubt that evolution occurs) a mass of abuse from tenured Darwin drones and their then-exploding troll nursery.

No surprise that; anyone who is focused on hegemony is not focused on evidence.

In the thirty years that followed, masses of evidence supporting Denton’s doubt began to accumulate, and the trolls’ job has been to beat it back into the shadows. We can listen to some of them here any time, and see what sense they make.

Increasingly, Darwin’s only power is the power to shut down discussion of how evolution really occurs, now that we know the many non-Darwinian ways it can occur.

Remember “Darwinism is the only known theory that is in principle capable of explaining certain aspects of life.” (p. 287, Blind Watchmaker, 1986)? Nope.

So Darwin’s followers are now forced to defend their theory in each and every case they point to, instead of gesturing in the direction of “evolution” and claiming “Darwindunit!”

That Darwinism’s crisis is deepening can be determined simply from two facts:

The increasing ability and willingness of those with alternative views to come forward against the “the hegemony of the culture of Darwin” (Carl Woese, the discoverer of the kingdom of life called the Archaea, put it that way).

Second, there is a new focus on the need to account for information in lifeforms in a non-magical way.

I don’t know if the upcoming defense of Darwinian theory will mean an increase in the sheer volume of misdirection, suppression, and verbal abuse experienced in the past. But I do know this: In the order of nature, manure helps the fruit trees grow—whether the depositors of manure like it, know, or care.