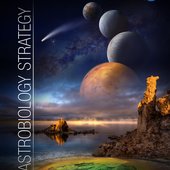 It’s the latest new prejudice. From Quanta, we earn that the presence of oxygen does not show, as formerly thought, that a planet might have life. Oxygen can build up in environments hostile to life:

As Domagal-Goldman, then a researcher at the University of Washington’s Virtual Planetary Laboratory (VPL), well knew, the gold standard in biosignature gases is oxygen. Not only is oxygen produced in abundance by Earth’s flora — and thus, possibly, other planets’ — but 50 years of conventional wisdom held that it could not be produced at detectable levels by geology or photochemistry alone, making it a forgery-proof signature of life. Oxygen filled the sky on Domagal-Goldman’s simulated world, however, not as a result of biological activity there, but because extreme solar radiation was stripping oxygen atoms off carbon dioxide molecules in the air faster than they could recombine. This biosignature could be forged after all.

Inevitably in this field, talk turns to life that would be different frm what we recognize as life:

Meanwhile, Sara Seager, a dogged hunter of “twin Earths” at the Massachusetts Institute of Technology who is widely credited with inventing the spectral technique for analyzing exoplanet atmospheres, is pushing research on biosignature gases in a different direction. Seager acknowledges that oxygen is promising, but she urges the astrobiology community to be less terra-centric in its view of how alien life might operate — to think beyond Earth’s geochemistry and the particular air we breathe. “My view is that we do not want to leave a single stone unturned; we need to consider everything,” she said.

But while oxygen is a trademark of life on Earth, why should that be true elsewhere? Meadows argues that photosynthesis offers such a clear evolutionary advantage that it is likely to become widespread in any biosphere. Photosynthesis puts the biggest source of energy on any planet, its sun, to work on the most commonplace of planetary raw materials: water and carbon dioxide. “If you want to have the uber-metabolism you will try and evolve something that will allow you to use sunlight, because that’s where it’s at,” Meadows said.

Then there’s the interesting “all molecules” approach:

But Seager, along with William Bains and Janusz Petkowski, are championing what they call the “all-molecules” approach. They’re compiling an exhaustive database of molecules — 14,000 so far — that could plausibly exist in gas form. On Earth, many of these molecules are emitted in trace amounts by exotic creatures huddled in ocean vents and other extreme milieus; they don’t accumulate in the atmosphere. The gases might accrue in other planetary contexts, however. On methane-rich planets, as the researchers argued in 2014, photosynthesizers might harvest carbon from methane (CH4) rather than CO2 and spew hydrogen rather than oxygen, leading to an abundance of ammonia. “The ultimate, long-term goal is [to] look at another world and make some informed guesses as to what life might produce on that world,” said Bains, who splits his time between MIT and Rufus Scientific in the United Kingdom.

John Baross, a microbiologist at the University of Washington who studies the origins of life, explained that abiogenesis might well have happened repeatedly, creating a menagerie of genetic codes, structures and metabolisms on early Earth. But gene-swapping and Darwinian selection would have merged these different upstarts into a single lineage, which has since colonized virtually every environment on Earth, preventing new upstarts from gaining ground. In short, it’s virtually impossible to tell whether abiogenesis was a fluke event, or a common occurrence — here, or elsewhere in the universe. More.

It’s all fun but the fact remains that  the study of extraterrestrial life remains a discipline without a subject, and only one thing can change that.

One Reply to “To find alien life, quit being “terra-centric”?””