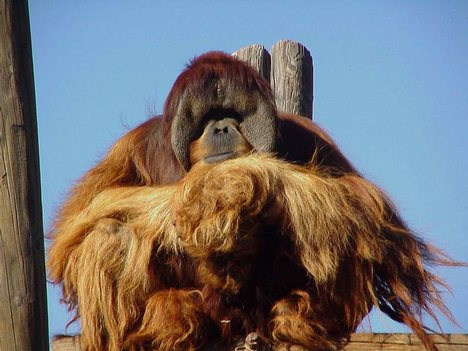 We’ve recently discussed different genetic studies on primate relationships were finding contradictory evolutionary trees. As discussed, one recent study found data that conflicted with the standard primate phylogenetic tree, reporting that “for ~0.8% of our genome, humans are more closely related to orangutans than to chimpanzees.” We then commented:

0.8% of our genome might not sound like a lot, but that equates to over 20 million base pairs. That’s means that over 500 times more raw genetic information than was used in the PLoS Genetics paper (to purportedly create a “robust new phylogenetic tree”) is supposedly pointing in the wrong phylogenetic direction. Since that time, another paper has been pointed out to me that shows that even far more genetic data is contradicting the standard evolutionary phylogeny of humans and apes. A 2007 article in the journal Molecular Biology and Evolution states:

For about 23% of our genome, we share no immediate genetic ancestry with our closest living relative, the chimpanzee. This encompasses genes and exons to the same extent as intergenic regions. We conclude that about 1/3 of our genes started to evolve as human-specific lineages
before the differentiation of human, chimps, and gorillas took place.

The article goes on to state that “[t]he human genome is a mosaic with respect to its evolutionary history.” In other words, some parts of the genome tell one evolutionary story while others tell a different, contradictory story. Our genome is not painting a consistent picture of common descent. The paper continues …

9 Replies to “How common is common descent?”