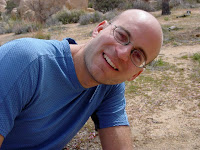 Below are links to the Discovery Institute’s five podcasts of University of Colorado (Boulder) professor of the philosophy of physics Bradley Monton – who is an atheist – on why the universe might show evidence of design. Monton teamed up with another skeptic of religion, mathematician David Berlinski, against materialist atheist Lawrence Krauss and British theistic evolutionist Denis Alexander, to defend the design of the universe as an intellectually worthy idea (not just some religious schtick).

Here’s more on the debate. And the five pods are linked below.

Well, it’s no secret that the intelligent design debate is more nuanced than legacy media portray it.

I suspect that fewer than 200 journalists in the world actually know what the controversy is about.

How can you tell if they do?

First, they realize that the evidence from science does not support current materialist or naturalist or no-design theory. (Shhhh!)

They are not columnists retailing fatuous lines like “There is no conflict between faith and science!”

“No creationism is the schools! Darwin explained it all without God. (But (optionally) you can holler your guts out for Jesus anyway. Maybe it is good for evolution if you do.”

Often, the same columnist is shouting both slogans, at different times.

Good thing too, because there isn’t a 360 degree swivel joint in the human head!

Second, they have actually read and thought about the books written by ID theorists like Mike Behe, Bill Dembski, and Guillermo Gonzalez and Jay Richards, which advance a testable thesis.

They have looked beyond the smoke and noise generated by fossil science organizations and the “Christian” scientists who meet with them to plan strategy to prevent consideration of design, purpose, or meaning in the universe. (There is a scandal here, awaiting detailed discovery – rats for me, I am mainly a trade news hack, and may not get in on the best cellar.)

This episode of ID the Future features part one of Casey Luskin’s interview with atheist philosopher of physics Bradley Monton, author of a new book on intelligent design. Prof. Monton has a unique perspective of the debate over intelligent design as an atheist who is trying to elevate the debate.

Professor Monton is debating intelligent design and the existence of God this weekend in Fort Worth, TX.

This episode of ID the Future features the second part of Casey Luskin’s interview with atheist philosopher of physics Bradley Monton.

Prof. Monton has a unique perspective of the debate over intelligent design as an atheist who is trying to elevate the debate. In 2006, he authored a paper on Judge Jones’ Kitzmiller ruling, “Is Intelligent Design Science? Dissecting the Dover Decision.”

On this episode of ID the Future, Casey Luskin continues his interview with atheist philosopher of science Bradley Monton. Professor Monton discusses his role in “The Great Debate on Intelligent Design” last weekend. Interestingly, the two presenters on the pro-ID side, including Prof. Monton, were non-theists.

Listen is as Prof. Monton shows that the debate over intelligent design is far more nuanced than most portray it.

On this episode of ID the Future, atheist philosopher of science Bradley Monton turns the tables on Casey Luskin, putting the question to him about the Dover trial. What is the story of Discovery Institute’s involvement in that infamous case? Listen in as Professor Monton asks good questions and gets good answers.

This episode of ID the Future features the last in a series of interviews with atheist philosopher of physics Bradley Monton. Professor Monton’s perspective enriches and expands the debate over intelligent design, as he discusses whether an ID proponent can be an atheist, the scientific evidence for intelligent design, and the importance of the argument from cosmology.

Professor Monton also shares his experience dealing with Robert Pennock, a Darwinist philosopher of science who had an interesting response when Monton published a paper on the Dover decision, critiquing Pennock. Monton breaks this story for the first time in this interview, but the full tale is told in his forthcoming book, Seeking God in Science: An Atheist Defends Intelligent Design, (Broadview Press, 2009).