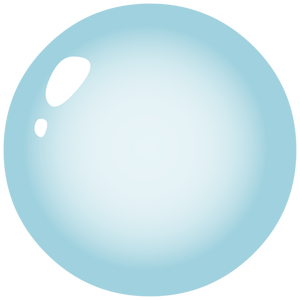 From Clay Routledge at National Review:

As I discuss in my new book, Supernatural: Death, Meaning, and the Power of Invisible World, the decline of any particular religion does not reflect a decline in people’s orientation toward supernatural questions, curiosities, and beliefs. Most people still believe in God or a universal spirit. The majority of religious “nones” believe in God, a higher power, or a spiritual force. Even those who reject supernatural ideas can be influenced by them. For instance, researchers in Finland found that theists and atheists exhibited similar levels of physiological stress when reading aloud statements daring God to cause harm. Other studies indicate that even atheists have a tendency to believe in fate at least somewhat and that, at an intuitive level, they see nature in terms of design and purpose.

But that’s a measure of sanity. The universe shows clear evidence of design. Crackpot cosmology tries to get around that. Like blowing bubbles, it’s fun for a while…

In addition, many who reject religion are attracted to what I describe as supernatural-lite beliefs. These are beliefs that require a leap of faith and have qualities that mimic more-traditional beliefs but do not explicitly invoke the supernatural. They are often superficially wrapped in the language of science and technology, making them more palatable to those who do not fancy themselves religious. These include, for example, beliefs about super-intelligent aliens monitoring and influencing the lives of humans. Surveys in United States and Europe find that the less religious people are, the more likely they are to believe that space aliens are among us and have played a role in the development of our societies. More.

And for those people, They’ll Always Be Out There too. And They’ll never tell the atheists that they did anything Wrong.

See also: Richard Dawkins is annoyed by Muslim prayer chants; seeks secular chaplains. Come to think of it, we hadn’t heard much from or about Dawkins lately; well, he has certainly fixed that. Francis adds, “Richard gives praise to the Lord (stop laughing, Denyse).” Okay, not laughing. He notes that Dawkins also wants more secular chaplains.

Sceptic asks, why do people who abandon religion embrace superstition? Belief in God is declining and belief in ghosts and witches is rising

One Reply to “Atheists sense design in nature?”