Some things can’t change. From a piece at ENST,

Tim Berra had tried to compare biological evolution to the evolution of the Corvette. In his book Defeating Darwinism by Opening Minds, Johnson aptly pointed out the intuitively obvious difference:

Of course, every one of those Corvettes was designed by engineers. The Corvette sequence — like the sequence of Beethoven’s symphonies to the opinions of the United States Supreme Court — does not illustrate naturalistic evolution at all. It illustrates how intelligent designers will typically achieve their purposes by adding variations to a basic design plan. 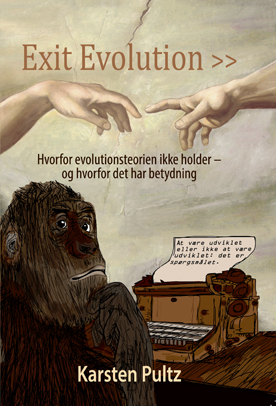 Even if comparisons can be made, one cannot logically use designed things to explain un-designed things. And yet the blunder goes on. We reported on iterations of the blunder in 2011, 2014, 2015, 2016, and in January 2018. Here’s the latest reincarnation: “Similarities in the evolution of plants and cars,” by Hartzell, Bartlett, Yin and Porporato, published in PLOS ONE.More.

From Karsten Pultz, author of Exit Evolution and sometime auto mechanic, in response:

If you possess the imagination that is required to suggest that things like food processors, starter motors or the fan in your computer came about by small incremental steps, you could potentially have a brilliant future as an evolutionary biologist!

In the mind of believers in neoDarwinism it is easy to have advanced machinery produced by random mutation and natural selection. They imagine that we can get to irreducibly complex machinery by adding parts one at a time to a system, forgetting that natural selection cannot operate on anything non-functional. And non-functional is what any machine necessarily will be until all parts are thought out, produced and assembled.

Improving an existing system requires precisely as much intelligent design as building the system you intend to improve. Adding a turbo to a naturally aspirated motor require that you change intake manifold, exhaust manifold and carburetor or injection system, and do a total rebuild of the engine block and head, in order to (among other things) lower the compression ratio.

As an experienced mechanic who has worked on classic racing engines, it is simply hilarious for me to read this enhanced version of Tim Berra’s blunder. A turbo’s function is highly dependent on extremely small tolerances. The amount of possible shapes you can get from random processes is so huge that you’ll never get the precise tolerances needed for a turbo for it to actually work, that’s why it is intelligently designed and not a product of randomness.

Shouldn’t we assume that, for instance, the flagellum motor (FM) needs the same extreme level of precise engineering as a turbo? After all, the FM is the most efficient rotary engine ever seen operating in the formula one RPM area. I would recommend that the authors of this paper spend some time in a car workshop. If they left their desks for a weekend and had the experience of assembling a car engine, they would probably be in a better position to understand the concept of irreducible complexity.

I’ve introduced the flagellum motor to two of my absolutely nonreligious friends; my neighbour who is a trained mechanic, and a friend who, as a machine engineer, works as a designer of the huge container ship engines at MAN Diesel in Copenhagen.

Both the mechanic and the engineer found it immensely silly that anyone would suggest that the flagellar motor of the bacterium was the result of anything other than engineering. The second one added that the only question left was which engineering school God graduated from.

Sound reasoning is absent from evolutionary biology and some hands on experience with machinery is obviously needed to connect the neo Darwinists to reality. Evolution is operating in the realm of fantasy, and sadly therefore, the authors of the article in question are probably convinced that they have produced a magnificent piece of scientific research. It is as if they don’t understand their own theory, for example, what mechanisms are available for the evolutionary process. Mechanisms, not “just so stories.”

ENST is right; engineers should be offended.