Further to: Science writer: Many Worlds (multiverse) as a fantasy, verging on nihilism, 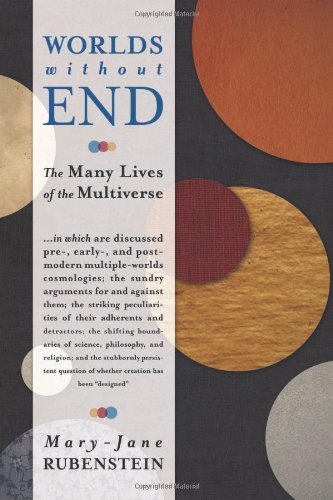 Worlds Without End: The Many Lives of the Multiverse, Mary-Jane Rubenstein, Columbia U. Press, 2014

Rubenstein’s balanced account reviews the many arguments for and against the multiverse and the philosophical and theological implications of those arguments. For example, near the end of the book, she discusses what Friedrich Nietzsche calls “the self-overcoming of Christianity.” As Rubenstein interprets this, “Christianity produces modern science, in a staggering gesture of self-sabotage, as its consummation and its destruction.” But Nietzsche went on to claim that ” all great things bring about their own destruction through an act of self-overcoming,” which prompts Rubenstein to wonder, “If science can be regarded as the self-overcoming of a particular form of religion, might multiverse cosmologies be something like the self-overcoming of science? Might they mark the end of the fantasy that ‘science’ has wrested itself free from ‘religion,’ ‘objectivity’ free from subjectivity, and matter free from meaning?”

I do agree with Rubenstein’s final “hunch” that “the shape, number, and character of the cosmos might well depend on the question we ask it.” Even what might be called a multiverse-different physical realms with different effective physical constants, different particles and fields, and perhaps even different spacetime dimensions (or no spacetime at all)-could be regarded as one single quantum state and, hence, as one single universe. 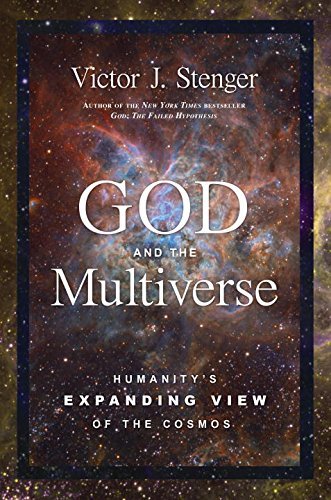 By contrast, in God and the Multiverse, only the last two chapters out of 16 offer a significant discussion of the multiverse, and only the final one deals much with questions of God’s existence. The vast majority of the book is a highly readable, popular-level account of cosmology’s development.

Stenger also claims that “the multiverse provides a very simple, purely natural, solution to the fine-tuning problem”-the “problem” being that life seems possible only in a small fraction of the possible parameter space, and yet the actual parameters do exist in the small region that allows life. But most of the time he argues that the parameters aren’t really fine-tuned at all. I agree with some of his specific arguments and disagree with others, but I endorse one of his conclusions: Arguments for fine tuning do not prove the existence of God, since the fine tuning could be explained by a suitable multiverse even if God did not exist.

On the other hand, I don’t buy his argument that “all major religious traditions are likely to have great difficulty reconciling their concept of a creator god with a multiverse that is eternal and uncreated.” It is an unproved assumption that our multiverse, if our universe is indeed part of a multiverse, is either eternal or uncreated-and of course God could have created an eternal multiverse.

Readers: Your thoughts re his contention that “of course God could have created an eternal multiverse”?

Not only is earth one nice planet among many, but our entire universe is lost in a crowd

The multiverse: Where everything turns out to be true, except philosophy and religion