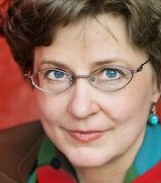 O’Leary: Okay, you wrote a book, Saving Leonardo, about that Renaissance arts/engineering/Mona Lisa dude. Why? Isn’t it too late for books?

Look at this: “Neuroscience mugs abstract art”:  Squawking gull chicks “explain” art, according to some:

“We are going to go forward into the unknown in the quest to make art fully knowable and we’ll deal with the consequences when we’ve arrived, joyful in our accomplishments and sad, too, at the inevitable loss of all that has been left behind.

Left behind? I suppose he means Leonardo, not the pop novel apocalypse.

Surely, the irreversible loss has already occurred. By the time one finds the “gull chick” story above terribly informative about the complex experience of art, one has already dipped below the horizon of understanding art. One is then in the position of a person armed with tools from the BestDeal – who can take a computer apart, but could never design or build one.

Pearcey: Saving Leonardo is about how the arts reflect ideas. It’s not about art theory, but about how secular worldviews are communicated through art and literature. After all, this is how most people’s worldview is shaped. Ideas do not typically come neatly packaged with a warning label attached. Instead there is a kind of “stealth” secularism that permeates society through books, music, movies, and television.

The problem (the need for “saving”) is that these secular worldviews fail to give an adequate basis for human dignity or political liberty. There are essentially two versions of secularism today, and both lead to a low view of the human person. In the sciences, the dominant view is scientific materialism, which regards humans as little more than biochemical machines—no free will, no mind, not even a unified self. The human person has been reduced to a product of natural forces.

In the humanities, the dominant view is a form of multiculturalism that subverts truth to race, class, gender, and ethnic group. Here the human person has been reduced to a product of social forces. Both versions of secularism are dehumanizing, and thus they fail to sustain political and social freedom.

Saving Leonardo helps people see where these ideas come from, how they permeate society through the arts, and how we can offer a more humane vision of the person that undergirds dignity and freedom. It argues for a worldview that is rationally defensible, life affirming, and rooted in creation itself.

As the Declaration of Independence puts it, human rights are inalienable only when a society regards them as endowed by the Creator.

Here are some excerpts from Nancy Pearcey’s Saving Leonardo, and some articles, not for the faint of heart.

Denyse O’Leary is co-author of The Spiritual Brain.