Another pro-ID book rolled out: Tom Woodward’s Darwin Strikes Back with foreword by William Dembski. 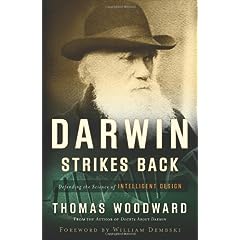 And don’t forget, Illustra Media debuts its DvD, Case for a Creator this Friday, November 17, 2006.

22 Replies to “The Empire Strikes Back, New Book by Woodward with foreword by Dembski”