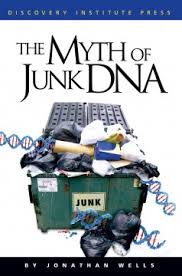 “Junk DNA” has been classified as a misnomer by ID proponents as early as 1986 [Den86], since “Junk DNA and directed evolution are in the end incompatible concepts” [Den98] The journal Science refused to print a 1994 letter that pro-ID scientist Forrest Mims wrote warning about assuming that “junk DNA” was useless [Mim94*]*9. Rejected Publications

They’ve been saying it ever since, popular or otherwise.

Others venture to predict: Darwinists will continue to frame the situation so that nothing ever counts as evidence against Darwinism.

10 Replies to “The ID guys vs. the Darwinists on junk DNA”