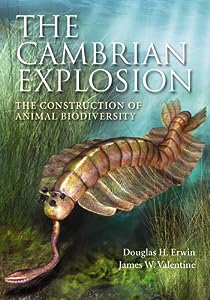 For all you bibliophiles out there, I want to draw your attention to a new book on the Cambrian explosion, by Douglas Erwin and James Valentine. I haven’t read it yet, so I cannot comment on the contents. Carl Zimmer reviews the book here, however, and it appears to have some stunning art work. The book is priced on Amazon at $55.99, although sadly it is not currently available on kindle (so we’ll have to make-do with the hard copy).

4 Replies to “New Book Alert: “The Cambrian Explosion: The Construction of Animal Biodiversity””