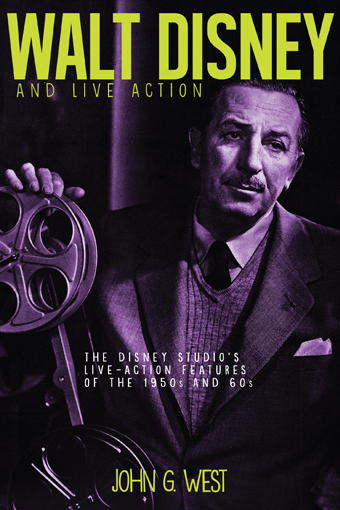 Laughed too soon and too easily? From John G. West, author of Walt Disney and Live Action, at Evolution News & Views :

Someone once quipped that Walt Disney harbored “19th-century emotions in conflict with a 21st-century brain.” The characterization was apt.

Disney, who died fifty years ago on December 15, was known for championing traditional morality and promoting nostalgia for a simpler past epitomized by small-town America. At the same time, he was widely recognized as a visionary futurist who enthusiastically embraced the new horizons offered by science and technology.

Disney’s idiosyncratic mixture of moral traditionalism and techno-optimism didn’t always seem to cohere, and it led people to admire him for vastly different reasons.

Disney was a futurist. But his films were more nuanced than his popular attractions. …

But perhaps Disney’s most scathing indictment of the dark side of technological progress came in a 1952 animated short based on the award-winning children’s book, The Little House, which tells how a beloved house in the country is eventually swallowed up by the encroaching city. Disney’s version of the tale was considerably darker than the original book, with the forces of technological development portrayed by Disney as nothing less than demonic.

The film explicitly attacks the modern slogan of “progress.” While the screen reveals the depressing tenements now towering over the little house, the narrator ironically comments: “Everything was bigger and better, for this was the age of Progress.” Each new wave of “progress” in the film produces ever more nightmarish results, finally resulting in an Inferno of crime and noise and traffic and tawdry 24-hour-a-day neon lights. More.

Scientism infuses science hierarchies with an authoritarianism that is likely to corrupt their progress in most areas. See, for example, Nature: Scientists stunned by Trump victory. Really? What does that say about the scientific method?

The problem here isn’t that the scientists are stunned but that they respond by blaming the public for that fact.

See, for example, Nature (the journal, not the reality, of course) goes to war against “populism.” Seriously. Someone, please hand this budding stump orator an axe.

As scientists, the folk at Nature should instead think: If we called it so wrong, what did we get wrong? What weren’t we observing? Listening to?

Maybe they were not observing or listening to rows of terrified little houses?

I don’t know. I do know this: Do the research, guys. That’s what you are paid for, not for creative freakouts. – O’Leary for News