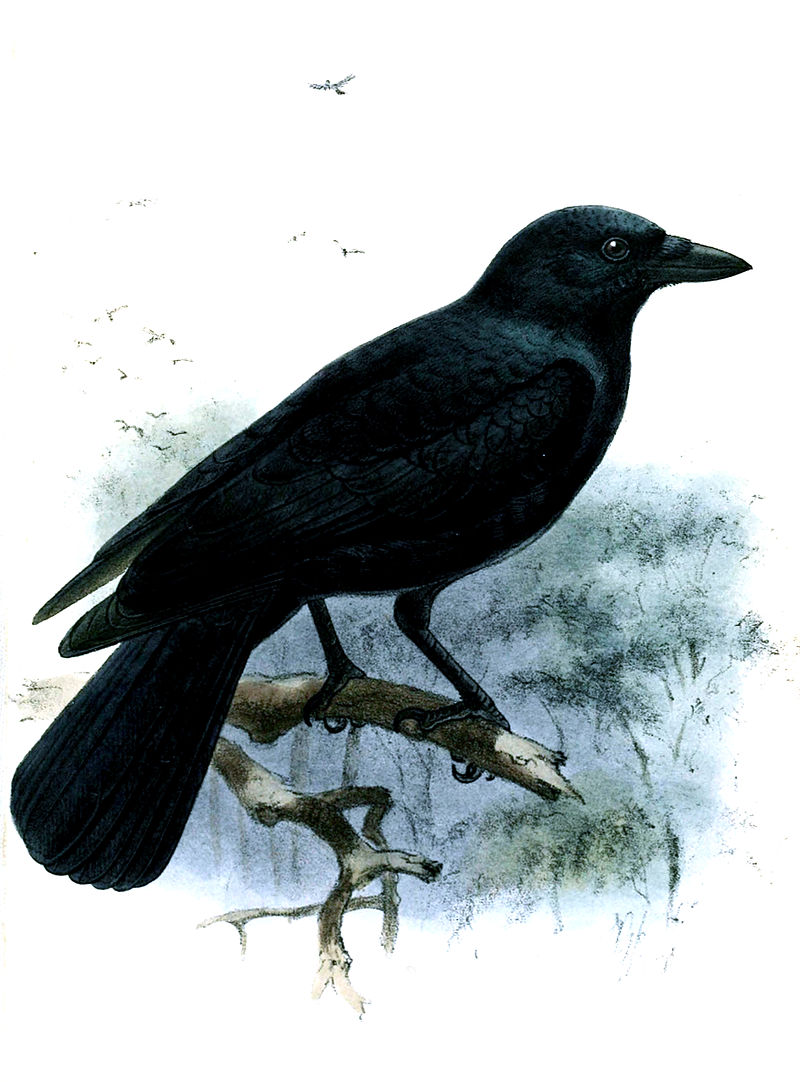 From Victoria Gill at BBC News:

New Caledonian crows spontaneously make hooks out of plant material, using them to “fish” for grubs and spiders.

Experiments have now revealed that these hooked tools are 10 times faster at retrieving a snack than the alternative tool – a simple twig.

Lead researcher on the crows study, Prof Christian Rutz, told BBC News: “[Our invention of fish hooks] was incredibly recent – only 1,000 generations ago, which is an eye-blink in evolutionary terms.

“When you think that we went in that 1,000 generations from crafting fish hooks to building space shuttles – that’s absolutely mind-boggling.” More.

The New Caledonian crow is smart, no doubt about it. Smarter than apes about some types of problem-solving. But for how long have crows been making hooks? Is there evidence of conceptual leaps in making hooks? Put another way, to what claim is this story a footnote? How is the claim sourced?

One if reminded of recent claims that apes are entering the Stone Age because they use stones as tools. But for how many millions of years have apes been doing that? Are we aware of any conceptual or technological leaps there?

The (human) Stone Age was not about using stones as tools. Birds can do that. The Stone Age was about the development of a distinctly human level of culture in the absence of metals. It takes a huge dose of naturalism to obscure such an obvious fact.

One species of octopus seems to have altered a tool-using strategy in historical time:

Underwater footage shows that, in the first known example of tool use among octopi, one species of octopus has learned to dig up and use discarded halved coconut shells as a shelter.2 Neatly halved coconuts are a human discard, so the behavior may actually have been learned in recent millennia. Researchers think that the octopi were using some less satisfactory material before, but they had the intelligence to just switch. More.

Here’s a possible experiment: Give the crows metal hooks and see what they do. As long as we keep in mind that they didn’t invent them.

And that, in general, the Darwinian underpinnings of biology today did not predict that crows would be as smart as/smarter than apes in these areas.

See also: Does intelligence depend on a specific type of brain?

Are apes entering the Stone Age?