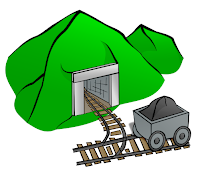 And look who’s talking, too:

Our theory of evolution has become one . . . which cannot be refuted by any possible observations. Every conceivable observation can be fitted into it. It is thus `outside of empirical science’ but not necessarily false. No one can think of ways in which to test it. Ideas, either without basis or based on a few laboratory experiments carried out in extremely simplified systems, have attained currency far beyond their validity. They have become part of an evolutionary dogma accepted by most of us as part of our training. The cure seems to us not to be a discarding of the modern synthesis of evolutionary theory, but more scepticism about many of its tenets.

As usual, the abstract makes clear that we must not suppose that the authors mean the plain sense of their words:

While accepting evolutionary theory, should ecologists be more sceptical about hypotheses derived solely from untestable assumptions about the past ? The authors put forward the view that many ecologists underestimate the efficacy of natural selection and fail to distinguish between phylogenetic and ecological questions.

Perhaps the difficulty is this: The Darwinist must defend an increasingly unlikely proposition: That natural selection acting on random mutation can produce the appalling intricacy of life. In order to avoid delusion, he must sometimes admit enough of the problem that he can talk about it briefly in a rational way. So we get these startling admissions tossed off, amid the toasts to the memory of the ol’Brit toff.

They could all just lay off the Kool-Aid for awhile.

5 Replies to “From the quote mine: The misunderestimated virtues of skepticism”