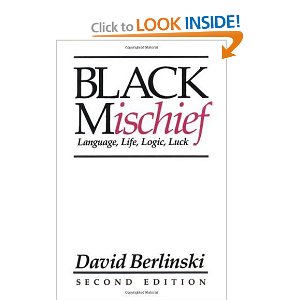 Of course, if the fossil record does not fit the theory, it is always possible to adjust the theory to fit the record. In science, an enterprising theoretician has several degrees of freedom within which to maneuver before the referee reaches ten and the final bell comes to clang. Steven Jay Gould, who was trained as a paleontologist, surveyed the fossil evidence early in the 1970s and came to the obvious conclusion that either the theory or the evidence must go.

What went, on his scheme of things, was the neo Darwinian orthodoxy by which species change into different species by means of an endless series of infinitesimal changes, continuously, like the flow of syrup. Instead, Gould argued, biological change must have been discontinuous, with vast changes taking place at once. Such was his model of punctuated equilibria.

It fits the fossil record far better (if it makes sense, even, to talk of scientific fit here), but the model achieves faithfulness to the facts only by chucking out the chief concepts of the Darwinian theory itself, and while paleontologists have been glad to have had Gould’s company, evolutionary theorists have looked over what he has written with the cool, slitted, appraising glance of a butcher eyeing a sheep.

My impression is that Gould thought at first that revealing the facts of Darwinism’s failures (the trade secret of paleontology) would just be a lark. He soon learned otherwise, and ended up capitulating to the Darwinists in public while doubting in private. A friend told me he would not likely have signed the Steves list (Darwin lobby’s list of loyalist guys named Steve).

Well, he’s dead now, and we’ll never know, but I sense a story, and it would be interesting to hear more.

(Note: Here is an instance of Wiki Answers forced to admit, however evasively, that there was a serious issue there.)