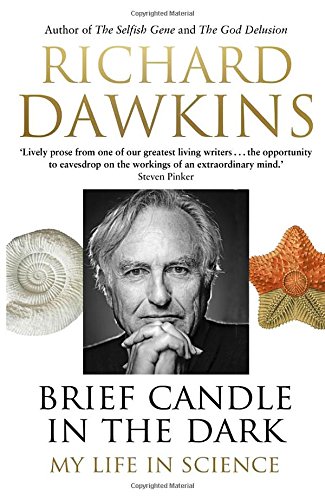 Did we miss this?

Johns Hopkins history of medicine prof Nathaniel Comfort offers, in Nature, a decidedly dismissive review of the second volume of Richard Dawkins’ autobiography, Brief Candle in the Dark: My Life in Science:

A curious stasis underlies Dawkins’s thought. His biomorphs are grounded in 1970s assumptions. Back then, with rare exceptions, each gene specified a protein and each protein was specified by a gene. The genome was a linear text — a parts list or computer program for making an organism —insulated from the environment, with the coding regions interspersed with “junk”.

Today’s genome is much more than a script: it is a dynamic, three-dimensional structure, highly responsive to its environment and almost fractally modular. Genes may be fragmentary, with far-flung chunks of DNA sequence mixed and matched in bewildering combinatorial arrays. A universe of regulatory and modulatory elements hides in the erstwhile junk. Genes cooperate, evolving together as units to produce traits. Many researchers continue to find selfish DNA a productive idea, but taking the longer view, the selfish gene per se is looking increasingly like a twentieth-century construct.

Dawkins’s synopsis shows that he has not adapted to this view.

For a time, Dawkins was a rebellious scientific rock star. Now, his critique of religion seems cranky, and his immovably genocentric universe is parochial. Brief Candle is about as edgy as Sir Mick and the Rolling Stones cranking out the 3,578th rendition of ‘Brown Sugar’ — a treat for fans, but reinscribing boundaries rather than crossing them. More.

It sounds for all the world as though ultra-Darwinism is just plain over, and Nature knows it.

There was a time when the journal would surely not have printed such a review. (?)

But then one could only stave off growing awareness for so long by crabbing about creationists.

Is it possible that Dawkins’ many adventures in public advocacy have resulted in such “fed-upness” that he is not to be granted an honourable retirement?

18 Replies to “Nature, it seems, has gotten bored with Dawkins”