In “How You Consist of Trillions of Tiny Machines,” a review of two books, Australian palaeontologist Tim Flannery encapsulates the problem facing origin of life studies. 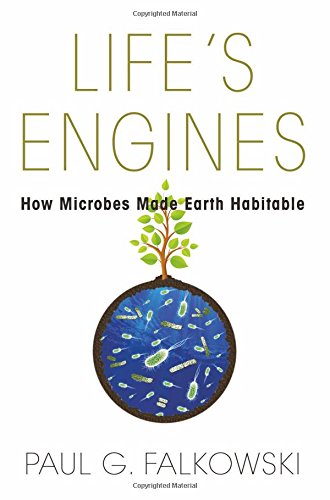 Today, driven by ongoing technological innovations, the exploration of the “nanoverse,” as the realm of the minuscule is often termed, continues to gather pace. One of the field’s greatest pioneers is Paul Falkowski, a biological oceanographer who has spent much of his scientific career working at the intersection of physics, chemistry, and biology. His book Life’s Engines: How Microbes Made Earth Habitable focuses on one of the most astonishing discoveries of the twentieth century—that our cells are comprised of a series of highly sophisticated “little engines” or nanomachines that carry out life’s vital functions. It is a work full of surprises, arguing for example that all of life’s most important innovations were in existence by around 3.5 billion years ago—less than a billion years after Earth formed, and a period at which our planet was largely hostile to living things. How such mind-bending complexity…

Then article then tails off into subscription land.

I’d like to recommend paying but, having read the whole thing, I discovered that the second book reviewed, A New History of Life: The Radical New Discoveries About the Origins and Evolution of Life on Earth by Peter Ward and Joe Kirschvink,  suddenly plops onto Darwin. Like a toad tumbling down a rain sodden embankment:

The Nobel laureate Christian de Duve believed that at this point life would have emerged from nonlife very quickly, perhaps in minutes. Safe behind its lipid cell walls, the RNA could enter the ocean, finding the rich trove of nutrients that exists around the black smokers. From then on, Darwinian evolution would have ensured the survival of those that operated most efficiently in a hot environment. This story is, of course, almost entirely unsupported by evidence. It is a scenario—a vision of how things might have been—rather than a fleshed-out scientific theory. It is nonetheless useful because it provides a target for future researchers.

Wow. Two Darwinian “would haves,” a Darwinian “might have been,” and an “almost entirely unsupported by evidence”—and this is supposed to be a target for future researchers?

As noted before, if we wanted to guarantee no progress, we’d say to all such researchers: Go full bore Darwin, and you’ll still be at it a century hence.

Actually, we aren’t that mean. They do it to themselves. And they’re happy with it.

See also: Where we have (haven’t) got with origin of life, and why

9 Replies to “You: a trillion tiny random machines”