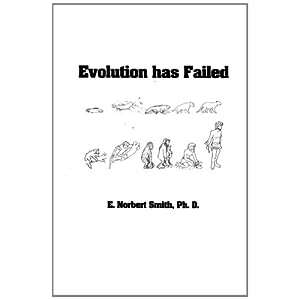 Biologist and author Norbert Smith has never been a fan of Darwinism, and Evolution has Failed is his latest assessment. One of his areas of considerable experience is alligators, because his job included tagging them:

Having done well in electronics in the Air Force, Smith was interested in using telemetry on submerged alligators. He developed greatly improved telemetry equipment for monitoring rattlesnakes. He then acquired a large alligator at the Welder Refuge, fitted it with a collar, and released it into Big Lake.He was attempting to test the way in which alligators regulate their body heat (thermoregulation) for his MS thesis. To do this he would follow the alligator for days, observing it from a blind or, when necessary, from a boat.

A great deal was riding on the experiment because, contrary to the widely accepted “reptilian brain” theory of intelligence, the alligator is intelligent. Once escaped, it is gone … hard to recapture.

At first, things went well. The telemetered alligator behaved like two other large alligators Smith was able to observe, which meant that fitting the transmitter had not altered its behavior, thus the data would not be distorted. Indeed, the data coming back about the gator’s temperature and heart rate looked normal.

The fight or flight response has been studied for over 70 years, and Smith simply assumed that alligators would follow this pattern. But something unusual happened. More.

If the new book is as good as this, think about it.

Also: Here’s Smith on the reptile brain (not your average pop science TV), and here are some video illustrations. Includes “Alligator training” and “Crocodile mom releases baby from egg.”