From Fred Reed, an “evolution skeptic” at UNZ:

Recently I wrote a column about the theory of Intelligent Design, which holds that that life, both in its origins and its changes over time, are the result of design instead of chance. Several hundred comments and emails arrived, more than I could read. This was not surprising as there seems to be considerable public interest in the question, while a virulent political correctness prevents discussion in most forums. In particular the major media prevent mention of Intelligent Design except in derogatory terms. 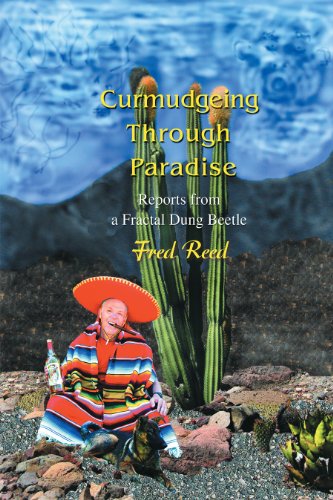 Interesting to me at any rate was that the tone of response was much more civil and thoughtful than it was say, a decade ago.

That may partly be because so many conundrums of evolution are now being discussed in the science literature that being a troll bawling up a storm somewhere isn’t a credential anymore. (See links below.)

To judge by my mail, I suspect that many people, thanks to popular television, think of mutations as major changes that just happen, such perhaps as the rhino’s horn appearing all at once . In fact mutations are changes in the nucleotide sequence of DNA that may produce a new protein. The mathematical likelihood of getting multiple mutations that just happen to engender a complex result is essentially zero. The mathematics is clear but not easily explained to a television audience, no matter how intelligent.

In many years of writing columns, I have learned that the tenacity of attachment to emotionally important ideas is nearly infinite. This is as true of evolutionists as it is of Christians, the politically ardent, or the rabidly patriotic. Things that do not fit the belief are just ignored, forbidden, or explained away by wishful thinking. More.

But eventually, we need a serious discussion.

See also: Replication failures of Darwinian sexual selection openly discussed at The Scientist. It’s as if evolutionary biologists are beginning to take some of the problems of Darwinism seriously enough to discuss them openly, as failures in research. In this case, the failure of claims for sexual selection (females drive evolution by choosing the fittest mates) is openly publicized. This is neck and neck with the Nature review of The Tangled Tree: A Radical New History of Life, one wonders, are the staff at The Scientist competing with the staff at Nature to be first out of Darwin’s collapsing house of cards?

At Nature: New evolution book represents a “radical” new perspective. Including things you didn’t know about Archaea discoverer, Carl Woese. It’s true. Woese, the first to recognize the kingdom of life, the Archaea, was not a Darwinist and thought there is a deity. Prediction: Soon only cranks will be Darwinists.

94 Replies to “Is the evolution debate becoming “much more civil and thoughtful”?”