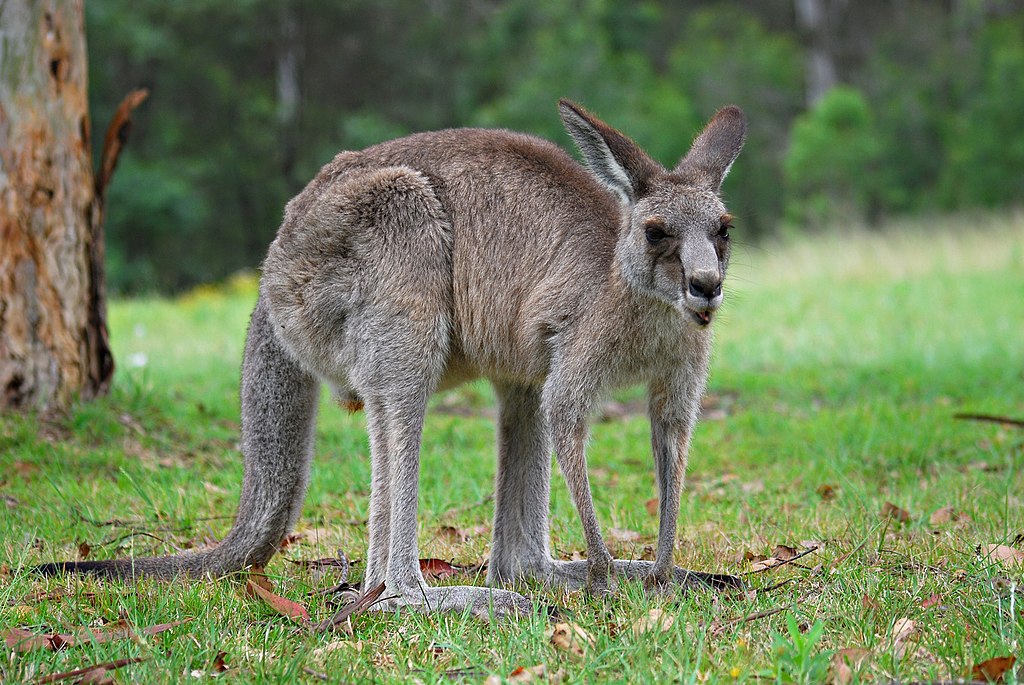 Yes, we use the phrase “earlier than thought” rather often, but we have reason. Evolution doesn’t happen the way they told us in school, “daily, hourly,” “silently” “adding up” (the Darwinian claim). Things seem to come about rather suddenly and stay pretty much the same way for a long time, perhaps suddenly changing again. Is there an explanation? Probably, but it seems we don’t have it yet.

The long-held view has been that the animals evolved the ability to hop to take advantage of a change in the climate, which brought drier conditions and the spread of grasslands.

However the research, published in the journal Royal Society Open Science, suggests the story isn’t that simple.

Geometric modelling shows the ancient extinct cousins of modern kangaroos could use the same range of gaits as living kangaroos. Helen Briggs, “When did the kangaroo hop? Scientists have the answer” at BBC News

That’s rather like what happened with the ancient tetrapod Orobates. When researchers built a robot to the exact specification of the skeleton and footprints, the early Permian reptile (280-290 million years ago) turned out to have a more “modern” gait than they expected.

Feathers originated 70 million years earlier than thought It certainly is “amazing,” as Professor Benton says, that a complex array of features appeared 250 million years ago, rather abruptly, just as life was recovering from the Permian extinction. Would anyone have predicted that? Talk about “fossil rabbits in the Cambrian.”

Stasis: Life goes on but evolution does not happen