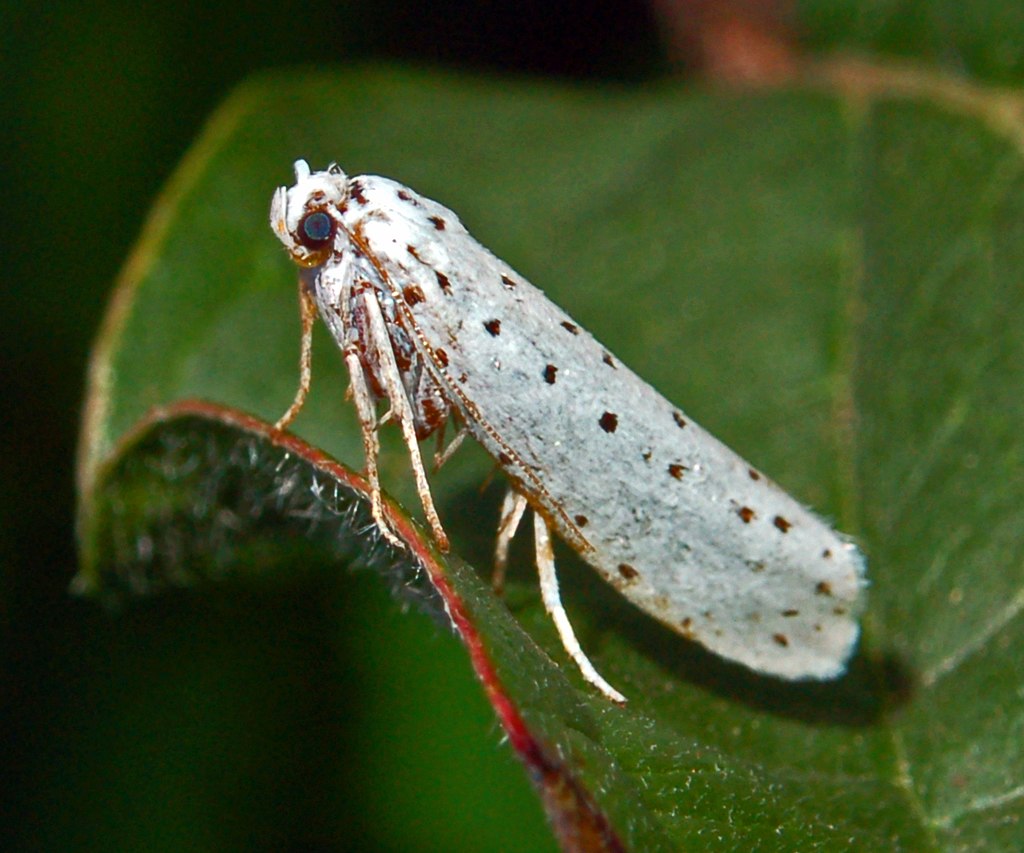 It’s already known that some species of moth have evolved a range of defensive mechanisms to evade insectivorous bats’ highly-tuned echolocation (biosonar) detection skills. The discovery of a wingbeat-powered sound producing structure in the wings of a deaf moth is completely new.

Many larger species of moth use ears tuned to detect the echolocation calls of bats to provide an early warning of approaching bats allowing them to perform evasive manoeuvres. While others, such as some silk moths, have hindwing tails that produce salient echoes which act as false targets to bats — like the towed decoys fighter planes use against radar guided missiles.

The team of researchers from Bristol’s School of Biological Sciences and the Natural History Museum, London, were studying a group of smaller British moths known as the small ermine moths (Yponomeuta species), and discovered that despite their lack of hearing they were making continual clicking sounds whenever they fly. Unlike other species of moths, that produce sound in response to detecting an approaching bat, small ermine moths have evolved to produce continual warning sounds.

The sounds these moths produce are very similar to sounds produced by larger moths, such as the tiger moths, which warn bats of the moth’s distastefulness or toxicity (known as acoustic aposematism). At night an unpalatable moth cannot provide a bat with a conspicuous warning colour, so instead it warns its predator acoustically. The team suggest that small ermine moths are acoustically mimicking unpalatable, sound producing moths, to warn bats of their own distastefulness. …

Just how the moth developed such a defense is unclear. It doesn’t know about the world of sound and can’t be striving for anything one way or the other. A vast cascade of lucky accidents?

Is this the first recorded instance of smell camouflage?