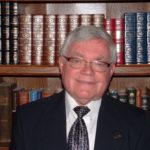 Michael Flannery’s new book, Nature’s Prophet: Alfred Russel Wallace and His Evolution from Natural Selection to Natural Theology is out, as David Klinghoffer notes at Evolution News and Science Today:

There’s so much to say about Wallace, the co-discoverer with Charles Darwin of the theory of evolution by natural selection. Wallace broke with Darwin and became, arguably, the founding father of modern intelligent design theory.

He is a master disruptor of stereotypes. From the book description:

A spiritualist, libertarian socialist, women’s rights advocate, and critic of Victorian social convention, Alfred Russel Wallace was in every sense a rebel who challenged the emergent scientific certainties of Victorian England by arguing for a natural world imbued with purpose and spiritual significance. Nature’s Prophet: Alfred Russel Wallace and His Evolution from Natural Selection to Natural Theology is a critical reassessment of Wallace’s path to natural theology and counters the dismissive narrative that Wallace’s theistic and sociopolitical positions are not to be taken seriously in the history and philosophy of science.

There’s so much to say about Wallace, and the publication of Professor Flannery’s important book will provide an occasion for that. More.

Many ID sympathizers consider Alfred Russel Wallace the unofficial founder of ID, as his views drifted increasingly in that direction and he knew more than almost any literate person about the real lives lived in nature.

On this episode of ID the Future, Pr. Emeritus Michael Flannery (U of Alabama-Birmingham) continues his discussion of evolutionist Kenneth Miller’s recent book The Human Instinct: How We Evolved to Have Reason, Consciousness, and Free Will. Flannery suggests that Miller’s “theistic evolution” is more precisely Darwinian theism — and that such a marriage is as ultimately hopeless as squaring the proverbial circle.

Michael Flannery on Ken Miller’s podcast at Scientific American: “More nonsense” Wethinks you can barbecue your dinner over Flannery’s forthcoming review.   Note: Flannery’s review turned out to be more analytical than we’d thought but that is probably more useful to readers.

Is the term Darwinism a “scientific slur”? (Ken Miller has claimed so.)