Critics of the ID movement often complain that we’re fabulously well funded by right-wing extremists and in it for our own aggrandizement. Fortunately, money leaves a trail. When one follows it, Darwinists seem to be doing much better financially than ID theorists (perhaps an indication that they are serving Mammon more faithfully). Let’s consider a few better off Darwinists:

(1) Saint Charles himself. By present standards, Darwin would probably have been worth about US$20 million. He was a gentleman scholar who lived very comfortably.

(2) Francisco Ayala. A recent New York Times article indicated that Ayala and his wife Hana own 6,000 acres of vineyards in California. Even with the real estate market as it is, the Ayalas seem to be doing quite nicely. Not bad for an ex-priest who presumably once made a vow of poverty.

(3) Richard Dawkins. He’s sold over a million copies of THE GOD DELUSION, and apparently is looking at an almost $3 million advance for his next book. 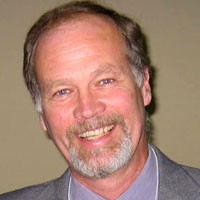 (4) Ken Miller, whose textbooks carefully misrepresent Darwin’s theory to make it appear stronger than it actually is, has, I understand, sold hundreds of thousands of copies, and thus has yielded him some extra spending money to the tune of 7 figures over and above his Ivy League salary.

(4) E. O. Wilson, Dan Dennett, etc., who have gotten advances around a half million or more for their books.

And let’s not forget the fabulously wealthy resources these Darwinists have to support their racket. There’s the whole private sector, which includes Microsoft magnates like Paul Allen, who underwrote the 2001 PBS series on evolution, and like Charles Simonyi, who endowed Richard Dawkins’s chair at Oxford. And then there’s all the public money, ripped off from tax-payers, to pay Darwinists so that they can properly indoctrinate our children.

Darwinism has always been an upper-class movement. ID, by contrast, is strictly middle-class. That’s our base and that’s where we find our support.