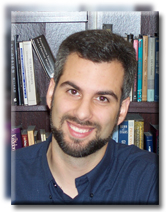 Further to: Is a sixth great extinction in progress? (It would help if a key exponent was anyone but Paul “Population Bomb” Ehrlich, a contender for the heavyweight champ of wrong-headed predictions) and Rob Sheldon on the sixth great extinction, Liberty U geologist Marcus Ross writes to say,

For an abbreviated and pictorial list of species driven extinct in the past 400 years, see National Geographic You can mouse over each dot to learn about the species in question.

Extinction rates in the fossil record are almost all determined at the family and genus level. In my own work on mosasaur richness during the Cretaceous (mosasaurs are large, mercifully extinct marine lizards), I focused on specimens identified to the genus level or better. That is because finding diagnostic material that can confidently identify the specimen to species is rare, while material that can identify the specimen to genus is far more abundant.

Paleontologically, most genera have only one or two species to them, so you trade very little species resolution for much larger numbers to work with when you use genera. Plus, the last appearance of a genus in the fossil record is by definition also the last appearance of at least one species, maybe more. This means that a genus-level evaluation of extinction in the fossil record isn’t quite as apples-to-orange as it appears. Let’s say apples to pears.

Extinction rates for fossil taxa are obviously only based on the fossil taxa that we have, which is only a subset of the entire ecosystem at the time of fossil formation. However, I fail to see how this nullifies comparisons between mass extinctions in the past vs. extinction rates in the present. After all, if 70% of known taxa in Maastrichtian rocks (latest Cretaceous) do not cross into the Paleogene rocks (earliest Tertiary/Cenozoic), or 90% of known taxa from late Permian rocks do not cross into the earliest Triassic, then these appear to be significant extinctions. We don’t need the whole ecosystem preserved, there are enough data to draw conclusions.

As to the rates being smoothed out, consider the extinctions I just mentioned. These are based largely on species that are either a) vertebrates; or b) shelled invertebrates. This is because their preservation in the fossil record is far better than wholly soft-bodied or very tiny organisms (though shelled microorganisms, like forams, have a good fossil record and they took a huge hit during the K-T extinction).

If the remainder of the ecosystem suffered even half the extinctions seen in the fossil record, then those rates of extinction will be much higher. The fossil-based extinction rates represent a lowest-possible extinction rate, not a maximum. Compare the types of animals listed in the link above known to have gone extinct in the past 400 years: all vertebrates. So what we’ve noticed to have gone extinct in the recent past looks more like what’s preserved in the fossil record, not what isn’t.

Moreover, the discovery of new species has no bearing on the extinction of others. Granted, each time someone kicks a tree in interior Madagascar, they find 30 new species. But they’re mostly bugs, and that doesn’t matter to the moa. It’s gone. So too with the Tasmanian wolf and the quagga. Gone. Sea cow? Gone. Finding a new exotic beetle doesn’t change the fact that there are a good number of species that are now extinct.

Now from this I don’t jump to the conclusion that humans are an unmitigated evil on Earth. We’re fallen, to be sure, and in need of God’s mercy and wisdom to properly care and steward the planet. We’ve been given dominion, so we must exercise dominion (hopefully well rather than poorly). I also don’ t think that “species” is the end-all-be-all to ecosystem health and well-being, since species appear to be part of broader created units (“kinds”/baramins). But at the same time, species are expressions of these baramins, and we should take care to recognize their importance in maintaining healthy ecosystems and learn better how our interactions with the world can help or harm them. I don’t want to have a knee-jerk reaction to studies like this because of who the authors are [Paul “Population Bomb” Ehrlich – ed.], we need to assess the data and evaluate the conclusions reached. It’s good to be skeptical of someone like Ehrlich, who’s hopped from one disaster scenario to another over time. But skepticism is different than immediate rejection.

Over 1 million species have been named, but we know there’s a lot more out there. Estimates on the number of species presently on Earth vary, but this recent paper pegged it at 8.7 million eukaryotic species.

Given that they have a +/- of 1.3 million, let’s take the plus and say 10 million eukaryotic species alive today.

How many fossil species are known? The stock answer is 250,000. I’ve certainly heard this throughout my career in paleo. This was first made by Teichert in 1956. James Valentine revisited this estimate in 1970 and came up with a range of roughly 342,000 to 1.5 million fossil species. Eek.

Currently, the Paleobiology Database lists over 322,000 taxa, which I believe means that’s the number of species. Given that this is the largest and most comprehensive paleo data set on Earth, let’s go with that.

But wait! One of the Paleobiology Database’s chief architects, John Alroy, published a paper in 2002 that the number of valid species may be reduced by >30% due to different names for identical species and other issues of nomenclature.

So here’s the common claim: “99% of all species that have ever lived are now extinct.”

Here’s the math: We’ve named over 1 million living species, and there’s probably 10 million total. We’ve successfully named about 250,000 fossils. Last I checked 250,000 was smaller than 10 million. By a lot.

So the claim is bunk.

If it were true, then based on the 10 million living species today there should be about one billion fossil species . We aren’t even remotely close to this.

Standard rescuing devices/claim: “The fossil record is incomplete”. This takes the form of:

a) Geological processes do not preserve all creatures in an ecosystem

b) Preservational bias: even among “fossilizable” taxa, some creatures fossilize better than others (thick shells vs. thin shells)

c) Erosion has removed many rocks that did have fossils, so we can’t ever find them

Each of these issues faces significant problems. Many fossil-bearing sedimentary rocks have good overall preservation. Recent studies have shown that there are no overall biases among shelled fossils (thick vs. thin), contrary to all expectations. Our samples of rocks from various levels of the column are imperfect, but good. Various papers on the completeness of the fossil record agree that we have a very good understanding of what is out there. There’s still a lot of species to find, but the numbers simply doesn’t match up with the 4,000 times larger sample that we “should” have according to the 99% claim. Indeed, if the 99% claim were true, then every time a geologist hit a sedimentary rock with a hammer, there should be half a dozen new species falling out of it. Wish that were true, I’d have a better chance of getting papers published.