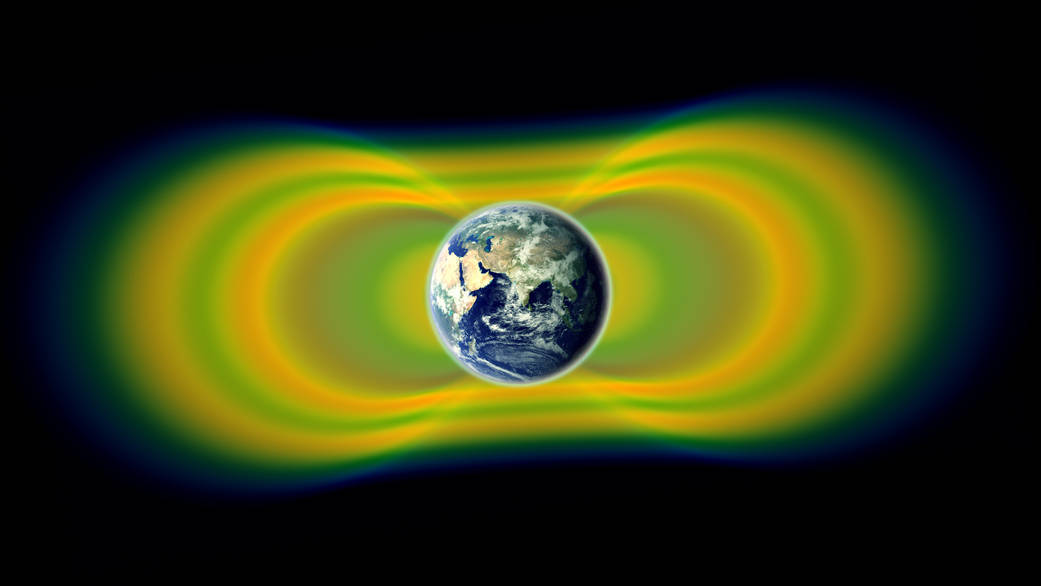 From Elizabeth Howell, offering 25 facts about our solar system that elude ready explanation: at Space.com:

Earth has bands of radiation belts surrounding our planet, known as the Van Allen belts (named after the discoverer of this phenomenon.) While we’ve known about the belts since the dawn of the space age, the Van Allen Probes (launched in 2012) have provided our best-ever view of them. They’ve uncovered quite a few surprises along the way.

We now know that the belts expand and contract according to solar activity. Sometimes the belts are very distinct, and sometimes they swell into one massive belt. An extra radiation belt (beyond the known two) was spotted in 2013. Understanding these belts helps scientists make better predictions about space weather, or solar storms. More.

The new information gathered by the Van Allen Probes reveals that the inner edge of the outer belt is very sharply defined. Under normal circumstances, the fastest, highest-energy electrons cannot cross over the boundary, researchers said.

“When you look at really energetic electrons, they can only come to within a certain distance from Earth,” said study co-author and Van Allen Probes mission deputy scientist Shri Kanekal, of NASA’s Goddard Space Flight Center in Greenbelt, Maryland. “This is completely new. We certainly didn’t expect that.” More. (Space.com)

You didn’t expect that?

The Van Allen belts, buried in the 25 Weird Facts at p. 19 of 27, are by far the most significant of the “weird” facts of our solar system if they help shield life—especially if they do so in an apparently complex way. As noted, at p. 7, there is water ice all over the solar system, as well as organic molecules (p. 23), but no sign of life anywhere else so far (p. 9).

Astronomers believe, we are informed at p. 9, that there could be life out there despite the fact that “So far, scientists have found no evidence that life exists elsewhere in the solar system.”(p. 9).

The implications of this problem are often missed: It seems that no evidence that Earth is an unusual planet can be taken seriously in principle. Not compared with the discovery, for example, that “Uranus has a very battered moon” (p. 20) and “Saturn has a two-tone moon” (p. 21). Why does this sound so much like copy for hair salon mags? Call it trivia creep, if you will.

Copernicus, you are not going to believe who is using your name. Or how.