Simple math shows how many space aliens may be out there: It’s a lot more than you might imagine!

We start with recent research showing that one in six stars hosts a planet hospitable to life. No, not one in a million. One in six. So let’s take that number and run with it. Next we have to make a few assumptions. In particular, if you were given a million Earth-size worlds, what fraction do you think would ever beget technically sophisticated inhabitants?

Wait a minute. The NASA bulletin referenced does not use the term hospitable to life. It says

The quest to determine if planets like Earth are rare or common is taking another stride forward on the journey. Using NASA’s Kepler spacecraft, managed by NASA Ames Research Center, astronomers are beginning to find Earth-sized planets orbiting distant stars. A new analysis of Kepler data shows that about 17 percent of stars have an Earth-sized planet in an orbit closer than Mercury. Since the Milky Way has about 100 billion stars, there are at least 17 billion Earth-sized worlds out there. More.

“Earth-sized” is not “Earth-like,” though the difference may confuse the NBC audience.

Life on our planet began quickly: random chemical activity in 350 million trillion gallons of ocean water spawned a reproducing molecule within a few hundred million years. So maybe biology doesn’t need much of a goad to get started. I don’t think it’s unreasonable to figure that at least half of all planets suitable for life actually produce it. More.

No, it’s not unreasonable to think that. But there is no evidence for it and the facts—as so often— could well be the opposite. 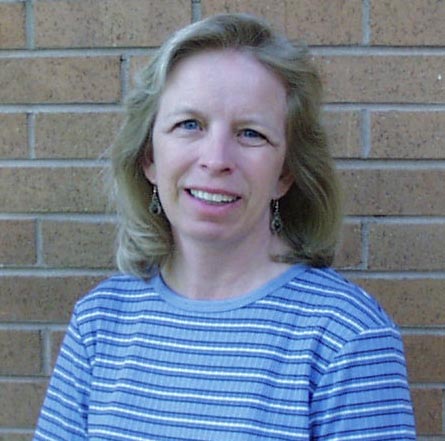 As a statistical mathematician, I can say that your results are only as good as your data and, more importantly, your assumptions.

First, he starts with the data that “recent research showing that one in six stars hosts a planet hospitable to life.” If you go to that NASA link, it states that “At Least One in Six Stars Has an Earth-sized Planet” — so Mistake #1 — poor data

Second, he makes the assumption “I don’t think it’s unreasonable to figure that at least half of all planets suitable for life actually produce it.” There is not basis for this assumption. So, Mistake #2 — bad assumption.

Thirdly, he makes another faulty assumption. “any Klingons out there continue to hang out for 10,000 years before self-destructing.” So Mistake #3.

If I were grading this report, I think I would give it an “H” for hopeless.

Simple math indicates that the probability of obtaining a minimal life form, with 285 protein-coding genes, is fairly small (to understate things). Simple math says that one should use realistic numbers, but let us be generous to the point of being barking mad …

Let us grant that the probability of randomly assembling 300 amino acids, and obtaining a stable, repeatable 3-D fold was 1/2 (a ridiculously high probability by even the most frothingly optimistic darwinian standards). Now we need another 284 different proteins of not just any 3D shape, but 285 that can work together to provide a functioning, minimal life form. Let us say that the probability of obtaining a second novel protein that satisfied the above requirements plus was able to work together with the first one is 1/3 (another wildly generous probability). Then let us suppose that the probability of getting all the rest of the 285 proteins that all worked together to function as a minimal life form (i.e. the probabilities will be multiplied by each other) was 1/4 per protein. Note that this requires that randomly assembling amino acids produces stable, repeatable folds about as often as one flips a coin and gets heads.

To clarify, I am proposing a probability of 1/3 *(1/4)^298 which should be so jaw-droppingly generous that surely even the most fervent devotee of Darwin would not protest.

Bottom Line: Don’t bet the farm that the universe is teeming with space aliens.

See also: Rebranding SETI: They are now looking for inferior space alien technology. But why? SETI is trying to align its work with the growing conviction among naturalist atheists that consciousness and intelligence are illusions. SETI’s role will dwindle to simply denouncing ID. It will find donors. Too bad, but the SETIs chose that. Maybe the aliens are laughing now. 😉

21 Replies to “Are these stats for ET just “barking mad”?”