Can the methods of Intelligent Design be brought to bear to detect anthropogenic influence in temperature records? Core to the climate debate is the danger of catastrophic anthropogenic global warming. We hear of “tipping points” promising coast lands drowning in glacial melt. Defining “very likely” as > 90%, the IPCC’s Climate Change 2007: Synthesis Report holds that:

at what happens when the GHCN removes the “in-homogeneities” to “adjust” the data. Of the five raw datasets, the GHCN discards two, . . . The three remaining records are first “homogenized” and then averaged to give the “GHCN Adjusted” temperature record for Darwin.
To my great surprise, here’s what I found. To explain the full effect, I am showing this with both datasets starting at the same point (rather than ending at the same point as they are often shown).

Yikes again, double yikes! What on earth justifies that adjustment? How can they do that? We have five different records covering Darwin from 1941 on. They all agree almost exactly. Why adjust them at all? They’ve just added a huge artificial totally imaginary trend to the last half of the raw data! Now it looks like the IPCC diagram in Figure 1, all right … but a six degree per century trend? And in the shape of a regular stepped pyramid climbing to heaven? What’s up with that?

Those, dear friends, are the clumsy fingerprints of someone messing with the data Egyptian style … they are indisputable evidence that the “homogenized” data has been changed to fit someone’s preconceptions about whether the earth is warming.. . .

And with the Latin saying “Falsus in unum, falsus in omis” (false in one, false in all) as our guide, until all of the station “adjustments” are examined, adjustments of CRU, GHCN, and GISS alike, we can’t trust anyone using homogenized numbers. . . .

Do you agree with Eschenback in attributing to humans these differences in reported temperatures? Can such “adjustments” be reliably distinguished from natural variations such as those due to 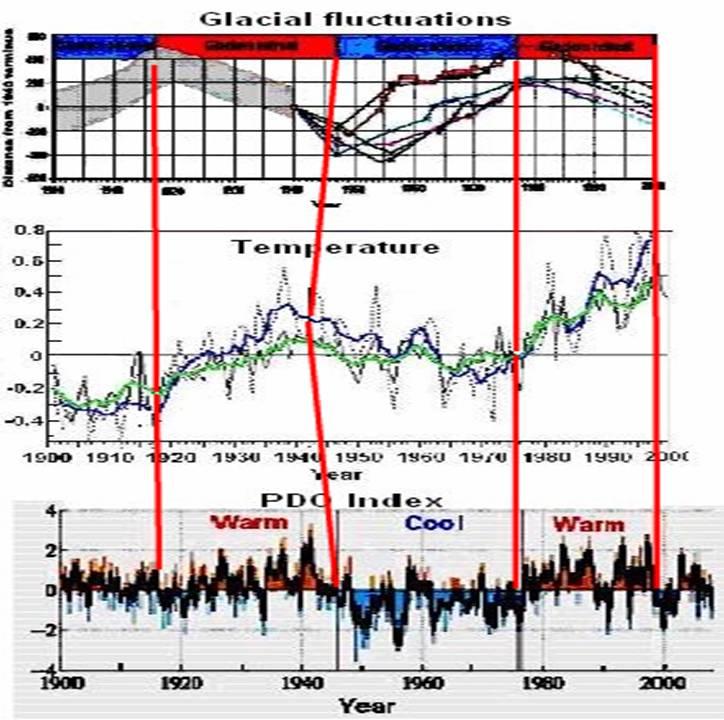 So what say you? Can anthropogenic influence be detected in temperature records or can these variations be considered as natural? Can such data be depended on to make public policy decisions for trillion dollar investments?