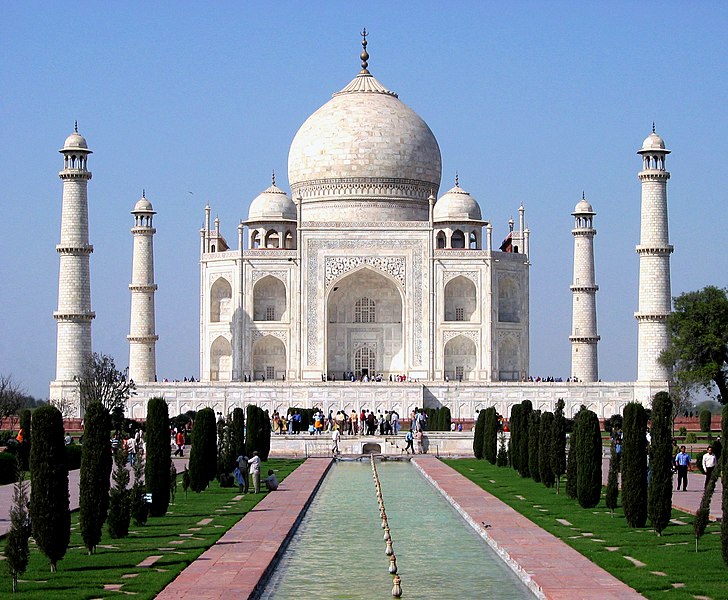 Over at his blog at coldcasechristianity.com, homicide detective, ex-atheist and Christian apologist Jim Warner Wallace has written an interesting post (July 30, 2015) in which he identifies no less than eight attributes of an object which point to its being a product of intelligent design:

I believe there are eight attributes of design we employ when reasonably inferring the existence of a Designer. To make them easier to remember, I’ve assembled them in an acronym (DESIGNED):

D- Dubious Probability (Given Chance)
Is random chance an insufficient explanation for the formation and assembly of the object we are examining?E -Echoes of Familiarity
Does the object resemble other structures we know (with certainty) were designed by intelligent designers?

I – Informational Dependency
Is there any evidence the object was directed and created by way of instructional information?

G – Goal Direction (and Intentionality)
Does the form and assembly process of the object process to be goal-directed?

N – Natural Inexplicability (Given Laws of Physics or Chemistry)
Are the laws of physics and chemistry insufficient to account for the form and function of the object?

Readers will note that none of these attributes presupposes a mechanistic view of the design process – as if design consisted of nothing more than cobbling together parts in a very clever way. Consequently, the assertion that life on Earth is the product of Intelligent Design in no way commits one to a mechanistic view of life.

Like every cumulative case built on a collection of seemingly innocuous pieces of evidence, no single aspect of the case may appear all that compelling. But the cumulative collection of evidences, when they all point to the same reasonable inference, provide us with good reason to believe an intelligent agent has been involved in the design process.

Wallace’s undergraduate and graduate work was in the fields of Design and Architecture (CSULB and UCLA). For that reason alone, I think his list of design attributes warrants very serious consideration. I also like his acronym.

In his latest book, God’s Crime Scene, Jim Wallace argues that the bacterial flagellum (which he has blogged about previously) exhibits the characteristics of design. In his July 2015 post, he writes:

…[E]ven if we skeptically rejected the presence of some of these characteristics, the strength of the inference for design is still very strong, given the remaining pieces of the cumulative case. In God’s Crime Scene, I describe each of these design attributes in much greater detail as I navigate the structure of Bacterial flagella. I also examine the naturalistic explanations of those who deny the existence of an Intelligent Designer. Can natural laws, time, chance and natural selection account for the design characteristics we see in flagella? I hope my investigation in God’s Crime Scene can help you answer that question.

I’d now like to throw the discussion open to readers. What do you think of Jim Wallace’s list of attributes which justify a design inference? Can you think of any more? Alternatively, are there any which you would like to remove from the list, and if so, why?

To kick off the discussion: personally, I find Wallace’s second hallmark of design (E -Echoes of Familiarity) rather interesting. If we claim that life (or the cosmos, for that matter) is designed, are we thereby committed to saying that it resembles “other structures we know (with certainty) were designed by intelligent designers”? And is there anything which we’ve designed which is sufficiently similar to life (or alternatively, the cosmos) to satisfy Wallace’s second criterion for design? (I addressed this issue in my 2013 post, Four Metaphors for the Cosmos: A Story about a Watch, a Lute, a Recipe and a Symphony.) Finally, how similar is “sufficiently similar,” anyway?

The fourth attrubute of design (informational dependency) sounds interesting, too. Clearly, there’s plenty of evidence that life was directed and created by way of instructional information: one only has to consider the genetic code to see that. But what about the cosmos? Where could we find the Designer’s instructions for making the cosmos, assuming they existed? Should we expect to find traces of them in the initial conditions of the universe, or in the cosmic microwave background?

I’d also like to comment briefly on Wallace’s seventh attribute of design: Efficiency / Irreducible Complexity. It seems to me that an object can exhibit irreducible complexity, without being terribly efficient: see, for instance, the Rube Goldberg machine depicted above: an illustration of Professor Lucifer Butts’ self-operating napkin (1915, image courtesy of Wikipedia). Likewise, an object can be efficiently designed, without being irreducibly complex; an airplane, for instance, is designed so that it can fly safely to its destination if one engine fails.

Finally, is there a certain minimum level of efficiency that we should expect to find in an object, before inferring design? For instance, how would readers respond to the following argument put forward by Professor Larry Moran:

Natural systems look like they were designed by a tinkerer who cobbles together odds and ends that just happened to be in reach. They look like they evolved haphazardly. Any intelligent scientist could do better and, in some cases, they have done better by genetically modifying organisms to make them more efficient.

I think Larry Moran would be hard-pressed to improve on the design of ATP synthase, and I would also point out that biologist and engineer Dr. Stephen Larson (who is not an Intelligent Design advocate) has marveled at the workings of the bacterial cell, which, he says, looks as if it’s packed with “technology that’s built by an engineer a million times smarter than me” – a fact which he finds disquieting. However, I think Professor Moran has a valid point about designs having to meet a certain standard. Consider, for instance, Arthur C. Clarke’s lunar monolith. In that case, a design inference was clearly warranted because of the ratio of the lengths of the sides: 1:4:9. But what if the ratio had been 1:3.97:9.1? And what if the sides hadn’t been smooth and straight, but rough and jagged in places? Would we then conclude that the monolith was natural in origin, like the Giant’s Causeway in Northern Ireland?

Perhaps one might respond that if the probability of the components having the alleged design traits is sufficiently small (say, below Dr. William Dembski’s universal probability bound), then a design inference would be warranted. But that solution would effectively dispense with the efficiency requirement altogether. Another solution would be to use human design as the minimum threshold: an intelligent designer worth his/her salt has to be at least as good as we are. That might strike some readers as an anthropomorphic design criterion, but I would ask readers to consider the following hypothetical: suppose that every feature of living cells could be designed much more efficiently by human biologists. How confident would you feel in arguing that the cell was intelligently designed, simply because the odds of its having originated by unguided natural processes seemed to fall well below Dembski’s universal probability bound?

So, what do readers think of Jim Wallace’s eight attributes of design? Over to you.

7 Replies to “Eight attributes of design”