We are told: “Wherever you look in the cosmos, things don’t seem to add up.” And now physicists like Sabine Hossenfelder are accused of cheating:

Ethan Siegel, astrophysicist-blogger behind Forbes’ Starts With a Bang! blog, responded with a post titled “There’s A Debate Raging Over Whether Dark Matter Is Real, But One Side Is Cheating.” He wrote that, in order to win favor from the public, Hossenfelder and McGaugh were setting up a false narrative by treating the fight as an even one, even though the support for a dark matter particle far outweighs the opposing side.

Naturally, McGaugh and Hossenfelder were not happy to be called cheaters. McGaugh argued that he’s published far more scientific papers than Siegel has. … Meanwhile, McGaugh and Hossenfelder reiterated that they felt like they and their cohort of a few dozen were being ignored by the thousands-of-physicists-strong dark matter community.Ryan F. Mandelbaum, “The Dirtiest Fight in Physics Is About the Universe Itself” at Gizmodo

Mandelbaum closes by telling us that dark matter is “an undiscovered population of particles” and “physicists are working on various experiments to try and find them.” End of story. 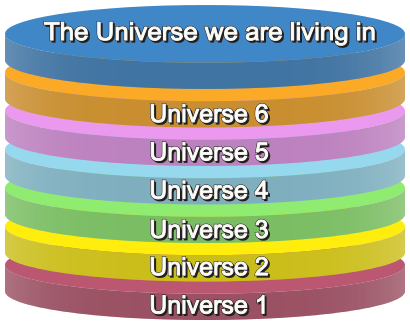 As a general rule, to determine where the cosmology bloom will drift, look for faint hopes of a multiverse. There, everything is possible so naturalism (nature is all there is, often called “materialism”) makes sense. Hossenfelder thinks the multiverse is  “a fringe idea” but Siegel is talking himself into believing in it. Probably not a coincidence.

See also (not ugly but revealing): How to talk yourself into believing in a multiverse It’s becoming obvious that post-modern science will have its multiverse irrespective of evidence from nature and will prefer it and its component beliefs to evidence from nature. That is why some of us think that the multiverse is science’s assisted suicide. (cf Ethan Siegel)

Sabine Hossenfelder: Will increasingly sophisticated computer simulation “end” theoretical physics as we know it? Hossenfelder: Perhaps one day, rather than doing calculations, we will just use observations of simplified systems to make predictions.

Free will is compatible with physics (cf Sabine Hossenfelder)

Researcher: The search for dark matter has become a “quagmire of confirmation bias” So many research areas in science today are hitting hard barriers that it is reasonable to think that we are missing something.

What if dark matter just doesn’t stick to the rules?

Proposed dark matter solution: “Gravity is not a fundamental governance of our universe, but a reaction to the makeup of a given environment.”

The Big Bang: Put simply, the facts are wrong.