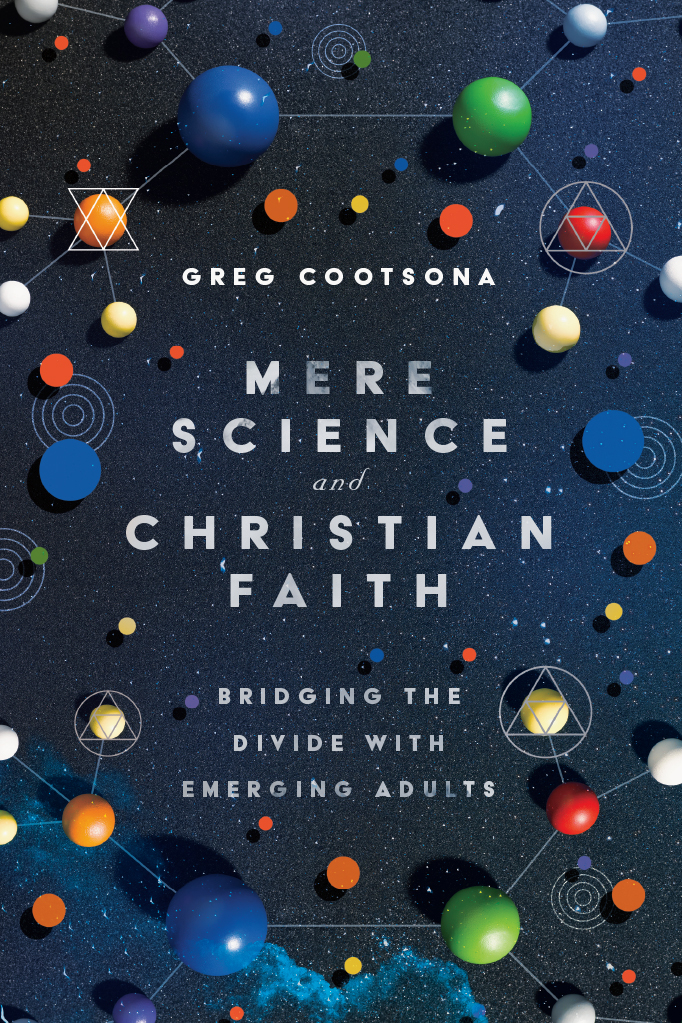 InterVarsity Press publishes some great books and used to be a place to which you could reliably turn for thoughtful, well-researched commentary on evolution and intelligent design. They still have excellent titles on the backlist, including Intelligent Design Uncensored and Darwin on Trial. But in 2016, IVP announced a “partnership with the BioLogos Foundation” that seemed to bring with it a whole new attitude.

Now from InterVarsity there comes along a new book, Mere Science and Christian Faith: Bridging the Divide with Emerging Adults, by BioLogos Advisory Council member Greg Cootsona. While not altogether a surprise, it’s disappointing to report that the book’s case for theistic evolution and its critique of intelligent design, aimed at younger people, are marred by multiple errors, ranging from minor to quite serious, relating to fundamental tenets of the theory of ID. What the author means by “mere science” isn’t clear, and the phase appears only once, at the end of the book. But it’s evidently an attempt by this shallow book to borrow some prestige from C.S. Lewis and “mere Christianity.”

Okay, two things here: First, in a post-modernism environment, fact is just one of many competing elements, and not a major one. As mainstream evangelicalism goes post-modern (“emerging adults?”), neither Greg Cootsona nor InterVarsity is likely to suffer much criticism for retailing incorrect information even when the correct information is easily available and not really disputable. If Jessica Yogamat decides to get religion this month, you can be sure she won’t care and that she’ll be on to something else soon.

It’s a fluff world out there. And, to borrow a phrase from evolutionary biology, these people seem well adapted to it.

Second: there is safety in sloppiness. Theistic evolution, in my (O’Leary for News) view, is not so much a theological position as a flight from an academic social reality: Non-natural philosophical positions, however coherent and evidence-based, are Not Cool. Naturalism atheism is incoherent and non-evidence-based but it is Cool.

Unwilling to risk addressing the underlying problem, many theologians turn to attacking the idea of evident design in nature because – while it is fundamental to Scripture* – it prevents them from just retreating to a safe space where their theology cannot be in conflict with naturalism. Templeton seems to want to fund such safe spaces and they certainly won’t want for inhabitants.

* See Romans 1:20 “For since the creation of the world God’s invisible qualities—his eternal power and divine nature—have been clearly seen, being understood from what has been made, so that people are without excuse.” Failure to recognize design is here treated as an indictment.

There is no good reason to suppose that people in that frame of mind are going to be interested in examining the issues around Darwinism vs. design honestly. Can they afford to?

File under: Church closers. The serious Christian public eventually “gets it” because most are just not as naive or dumb as we are made out to be. We sense when religious spokespeople don’t feel confident of the Scriptural position and conclude the obvious things.

See also: Asks Wintery Knight: Can a person believe in both God and Darwinian evolution? “If the science shows the need for intelligent causes, and I think it does, then I think that the naturalists need to adjust their assumptions and pre-suppositions to match the evidence.”