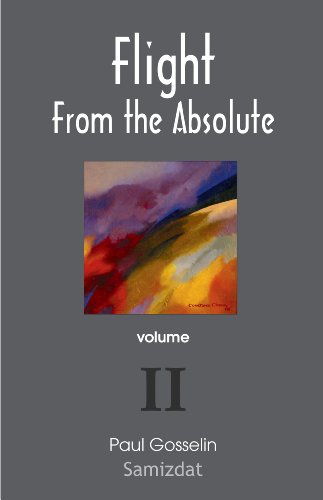 In an essay on Paul Gosselin ’s Flight from the Absolute: Cynical Observations on the Postmodern West, Volume II, we are told,

Over two and a half decades have passed since Phillip E. Johnson kick-started the intelligent design (ID) movement in America with the publication of his path-breaking book, Darwin on Trial (1991). In this book, he exposed the numerous flaws in Darwinian evolution and the near irrationality of those who continued to defend it in the face of mounting evidence against it. In the intervening years, two seemingly contradictory things have happened: the evidence against macro-evolution has continued to mount up; and the defenders of macro-evolution have gotten increasingly shrill and censorious, asserting more and more loudly the false claim that the evidence for Darwinism is overwhelming and
indisputable.

Quite right, and any number of other people have challenged Darwinism as well, from a variety of perspectives, eliciting only approved boilerplate in response. So it’s not actually about the ID guys, is it? It’s something else. Gosselin offers,

In Volume II, a stand-alone book that can be profitably read on its own, Gosselin zeroes in on the subject of evolution, presenting it as the origin myth of both modern and postmodern man and tracing its history and function as both an “ideologico-religious system” (118) and a “total and integrated scientific answer . . . for all aspects of reality” (217). By marshalling a vast yet carefully selected array of quotes from key writers on all sides of the evolution debate, Gosselin makes it clear that “the Darwinian revolution was more cultural and ideological than scientific” (84)…

It is in the interest of postmoderns, for whom absolute moral standards issuing from a creator God represents an obstacle to their own absolute self-expression (particularly in the realm of sexuality), to uphold the sacred aura that surrounds the Darwinian origins myth. That is why postmodern critics will question science’s role as ultimate arbiter of truth while leaving evolution itself unquestioned. Louis Markos, “The Aura of Science” at Touchstone

You can question pretty much anything but Darwinism. Markos details how much more difficult it is to dissent in the French environment Gosselin encounters in Canada than it would be in the United States, which may surprise some.

See also: A Review Of Behe’s Darwin Devolves That Looks At What Behe Actually Says

4 Replies to “French author muses on why Darwinism never dies”