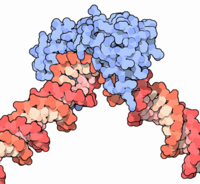 The twentieth century unveiled the world of molecular biology, including DNA, the genetic code, proteins, and the molecular basis for modern genetics. Such findings, according to Neo Darwinists, nicely supported evolution. Evolutionary change was fueled by variation arising from genetic mutations. How the genes, and their supporting cast, arose in the first place was a more difficult question. But given their existence the evolutionary narrative was held with great confidence. This straightforward narrative is now understood, however, to be too simplistic. For instance, we now understand that biological variation often arises not from changes in the genes but rather from changes in the expression levels of the genes. Even those celebrated beaks of Darwin’s finches appear to be changing via variation in gene expression levels. And more significant variation, such as body plan differences in related insects, also correlate with varying gene expression levels. These new findings do not bode well for traditional evolutionary theory.  Read more

6 Replies to “Gene Expression and Evolvability”