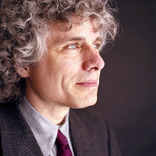 From Jeff Lewis and Belinda Lewis, “The myth of declining violence: Liberal evolutionism and violent complexity” at :

The publication of Steven Pinker’s Better Angels of Our Nature popularized an emerging orthodoxy in political and social science – that is, that violence and warfare have been declining over the past century, particularly since the end of the Second World War. Invoking the scientific and political neutrality of their data and evidence, Pinker and other ‘declinists’ insist that powerful, liberal democratic states have subdued humans’ evolutionary disposition to violence. This article analyses the heuristic validity and political framework of these claims. The article examines, in particular, the declinists’ interpretation and use of demographic, archaeological, anthropological and historical evidence. The article argues that the declinists’ arguments are embedded in a utopian liberalism that has its own deep roots in the ‘cultural volition’ and history of human violence. The article concludes that the declinists have either misunderstood or misrepresented the evidence in order to promote their own neoliberal political interests and ideologies. – International Journal of Cultural Studies, 21(3), 2018, 225–241, DOI: 10.1177/1367877916682108 (paywall) More.

The great disappointment of the Enlightenment, therefore, is not its incomplete logics or unfulfilled rationality, as Jürgen Habermas declared several decades ago. The real disappointment is that the Enlightenment failed to acknowledge or interrogate its own place in history and its own origins. These origins are not simply an ‘imagining’ created by (neo-)Enlightenment scholars and their conflation of scientism and romantic utopianism as the post-structuralists so deftly exposed; nor are they contained within the ‘dark side’ of a rationality that seems so indelibly marked onto the spirit of modernism and the restless volition of progress.

One conundrum is that concern about violence tends to be highest in places like Canada where the threat is lowest.