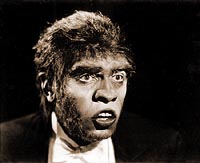 Click here to read this hilarious exchange between David Heddle and John Kwok on a typical “science” blog. It’s funny until Kwok starts throwing ill-advised libels about. I wonder if Abbie “Potty Mouth” Smith will do him a big favor and flush this down the memory hole (in the words of Jerry Pournelle) “Real Soon Now”.

And will someone PLEASE do Kwok a huge favor and give him an Amazon gift certificate redeemable for a thesaurus of his choice. I’ve never read anyone who needs one more than this raving lunatic.

10 Replies to “John Kwok – the Jekyll and Hyde of Paleobiology”