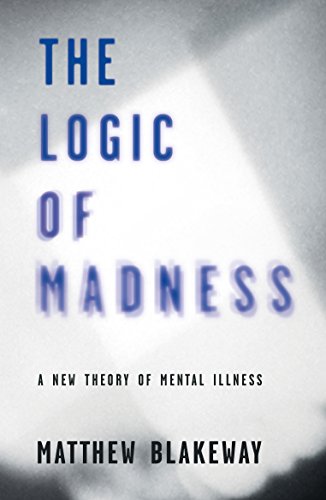 From Claire M. Fletcher-Flinn at Frontiers in Medicine, reviewing The Logic of Madness: A New Theory of Mental Illness

… It is rational behavior in response to a compound misunderstanding of various emotions.

The starting point of Blakeway’s theory is a basic algorithm that converts an emotion into an action that optimizes biological fitness. Depending upon the circumstances, an action state is driven by the emotion having the highest calculated value. He divides emotions into four categories, basic survival (e.g., fear, hunger), reproductive (e.g., lust, jealousy), social (e.g., guilt, anger), and strategic (e.g., anxiety, regret). Most of these biologically derived emotions are shared with other animals, especially chimpanzees, although there is the question of whether other animals can perform tactical manipulation with intent. Humans can do so, which leads to misconceptions of emotion that become quite complex depending on whether we are performing the deception or someone else. More.

Somehow one doubts this new theory will help much. No one cares whether chimpanzees are mad or sane. But it suits the temper of our times to drag them into a discussion.

Question: Re recent unfounded claims that chimpanzees are entering the the Stone Age seem to be based on a determinist theory of evolution, but Darwinists hold evolution to be directionless. Explain?

See also: Orangutan copies human speech? Must be BBC. Must be summer.

and Are apes entering the Stone Age?