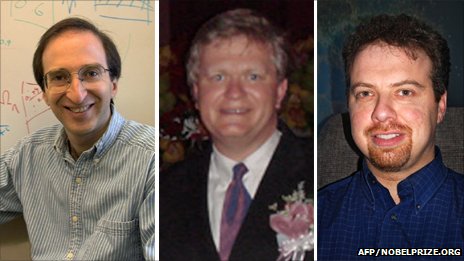 Here. “Nobel physics prize honours accelerating Universe find” (BBC News, 4 October 2011) While Scientific American wrestles with unsolved mysteries, some are sure they have the key to the answers now

At the time, the competing teams expected to find that the more distant supernovae were slowing down, relative to those nearer – a decline of the expansion of the Universe that began with the Big Bang.

Instead, both teams found the same thing: distant supernovas were in fact speeding up, suggesting that the Universe is destined for an ever-increasing expansion.

What the trio found has sparked a new epoch in cosmology, seeking to understand what is driving the expansion.