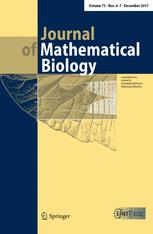 From Evolution News and Science Today:

Due to the tradition of professional scientific writing, major developments in scientific literature often arrive muffled in language so bland or technical as to be totally missed by a general reader. This, along with the media’s habit of covering up for evolution, is how large cracks in the foundation of Darwinism spread unnoticed by the public, which goes on assuming that the science is all settled and will ever remain so.

A case in point is a recent article in the Journal of Mathematical Biology, a significant peer-reviewed publication from the influential publisher Springer. The title of the article announces, “The fundamental theorem of natural selection with mutations.”

Fisher’s theorem, offered as what amounts to a “mathematical proof that Darwinian evolution is inevitable,” now stands as falsified.

Kudos to Basener and Sanford for making this important point. Now, will the textbooks and the online encyclopedia articles take note? More.

What is not falsified — and cannot be falsified either by mathematics or by reality-based thinking — is the Darwinjobs in education, the Darwinblather in science media, and the Darwinfunding for questionable projects because, well – to doubt Darwin is to be “against science,” right?

Of course, at some point, we will have honest discussions again. Godspeed to those trying to make it happen just now.

See also: Fisher’s proof of Darwinism flipped: Basener replies to Erasmus Wiffball: Fisher attempted to prove that Mendelian genetics logically must lead to a Darwinist evolution. He believed that he was successful and along the way he (co)invented population genetics and modern statistics. However, took 40-80 years for people to realize he did not achieve his original goal. His attempt to “prove Darwin from Mendel” however did give a framework for connecting Mendelian discrete genetics with gradual change in observed traits across a population.

Fisher’s proof of Darwinian evolution has been flipped?

2 Replies to “On Basener and Sanford’s paper falsifying Fisher’s Darwinism theorem: It will be no small thing to make reality matter again”