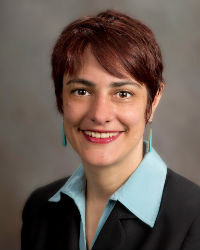 From Notes and Comments at The New Criterion:

If you are thinking of building a bridge, be careful if your engineer went to Purdue University. Donna Riley, the head of the engineering department at Purdue, has put the world on notice that “rigor” is a dirty word. In an article for Engineering Education called “Rigor/Us: Building Boundaries and Disciplining Diversity with Standards of Merit,” Professor Riley, who is also the author of Engineering and Social Justice, argues that academic “rigor” is merely a blind for “white male heterosexual privilege.” Yes, really. “The term,” she writes, “has a historical lineage of being about hardness, stiffness, and erectness; its sexual connotations—and links to masculinity in particular—are undeniable.” There follows a truly surreal meditation on the existential and sexist depredations of slide rules—those hard, straight instruments that have traditionally been deployed by men…

She then goes on to attack scientific knowledge itself as hopelessly sexist and colonial.

Unfortunately, there is no simple way of addressing this science-killer in the post-modern university environment that naturalism has spawned. Women who achieve in science will be portrayed as “selling out” because they are using methods developed by men, as if they were free to just go and invent new methods instead. Women who fail or just decide they aren’t suited to science will be portrayed are heroines or victims, not as people who simply chose to do something else.

Most science boffins so far are simply looking the other way, hoping to be destroyed last, instead of crying Shame! on such things.

But then they can’t, can they? Traditionally, science studied nature but was not naturalist. That is, scientists believed that there was an order of things that were really true. When they believed that, the value of qualities like objectivity and rigor was apparent to all. Tday, most probably believe that their consciousness is an illusion that enables their selfish genes to survive and nothing more. So they really have nothing to defend except their jobs.

Can science survive long in a post-modern world? It’s not clear.

50 Replies to “The rigor mortis of science: The war on measurement itself has commenced”