We encounter musings about how to prevent another Jeffrey Epstein from compromising science:

In the aftermath of the Epstein revelation, students, faculty, and the general public have been calling on universities to place more transparency and ethical considerations into their donor policies. As the important conversation takes place, it should not be limited to individual donors, much as that is needed, but also grapple with more complex issues, including corporations that engage in unsavory practices, as well as governments that employ oppressive policies, foreign and domestic.

MIT, one of the universities embroiled in the Epstein scandal, signed a five-year collaboration agreement in 2018 with iFlytek, the Chinese artificial intelligence firm that provides its government with voice recognition tools for public security, including operations in Xinjiang. Over the past few years, the Chinese government has turned the northwestern region into an open-air prison, with high-tech surveillance, mass collection of biometric data, and more than one million Muslim minorities in concentration camps. Technology from iFlyTek brings many benefits to society and civic life, but it is also a powerful weapon in the Chinese government’s ongoing ethnic cleansing and build-up of a nationwide police state. Meanwhile, government contracts and subsidies underwrite much of its business. In addition to MIT, the company has also funded research at other North American institutions, including Rutgers, Princeton, and York University in Canada.

Okay. But don’t let the big story get away here. Many ethics issues in science are way more complex than the Jeffrey Epstein implosion. Epstein was not, for example, a Nazi who happened to be holding hostage a genuine cure for cancer. Epstein was a big time molester and creep who was courted because he had money and perhaps in some cases because he had access to illicit entertainments. That’s just low down vulgar, bad wrong, not agonizingly difficult wrong, as if we should all need a big ethics seminar about it.

Michael Egnor has it right:

There were whispered questions, undeniably. Obvious questions. There must have been daily whispers in labs and hallways and coffee rooms. ‘Why is Dr. So-and-So taking trips with this guy?” “What do you think is happening with all of those little girls?” “Where does the money come from?”

The answers were in broad daylight. Epstein’s life was an open Internet page. Thousands of scientists and administrators — even those not directly involved with Epstein and the children he trafficked— asked these questions and knew the answers.

No one said a word. Why?

Michael Egnor, “Jeffrey Epstein and the Silence of the Scientists” at Evolution News and Science Today:

The Epstein story is way different from trying to manage the Chinese Politburo. China’s a problem,sure, but it is also a world power. Epstein wasn’t. 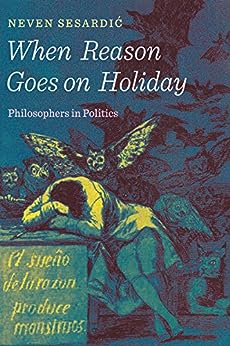 Actually, the connection between science and most virtues is rather tenuous. Many scientists have been awful people:

Imre Lakatos (1922–1974) after whom a prestigious philosophy of science award is named, worked hard to demolish intellectual freedom in his native Hungary. As an agent with a Party code name, he informed on his own mentor and searched his wastebasket. Much is made of his time in a labour camp but he was put there for being too Stalinist. Then there was the unpleasant business of forcing a girl to commit suicide. Moral philosopher Bernard Williams considered him “kind of a thug” and a “psychopath.”

The fact that these eminent thinkers ended up in the United States is sometimes taken to imply that they were resolutely anti-totalitarian. But in the digital age, we might best describe their biographers’ art as reputation management. Biographers go to great lengths to protect their subjects’ reputations, creating ambiguity, casting doubt on their support for totalitarianism, and offering distractions. For example, we are told by elite philosophy source Stanford Plato that Lakatos was a “warm and witty friend” as well as an inspiring teacher.

Denyse O’Leary, “The illogic of famous logicians,” at MercatorNet

Epstein wasn’t even a scientist. It wasn’t like trying to figure out how to deal with a Nazi who has a cure for cancer. Don’t let the people who are implicated invoke high and difficult questions to cloud over plain old wrongdoing.

See also: This also came up re the “March for Science”: Reflecting On The March For Science After The Death Of Reason. The reality is, science problems are back at the desk, not out in the streets.

On China: Further reading on high-tech surveillance/digital oppression in China by Heather Zeiger:

Some protestors use umbrellas to block the view of newly installed surveillance cameras while others dismantle the electronics. Others place traffic cones over tear gas canisters and then neutralize the gas with water.

The unadvertised cost of doing business with China: It’s a big market, with one Big Player, and some strange rules. In China, censorship includes democracy, human rights, sex, George Orwell’s 1984, and Winnie-the-Pooh (because the stuffed literary bear has been compared by some Chinese bloggers to their President). Such censorship, say many, minimizes the value of the internet.

China: What You Didn’t Say Could Be Used Against You An AI voiceprint could be used to generate words never said.

In China, high-tech racial profiling is social policy. For an ethnic minority, a physical checkup includes blood samples, fingerprints, iris scans, and voice recordings. The Chinese government seeks a database of everyone in the country, not only to track individuals but to determine the ethnicity of those who run up against the law.

The internet doesn’t free anyone by itself. China is testing 100% surveillance on the Uighurs, a strategically critical minority.