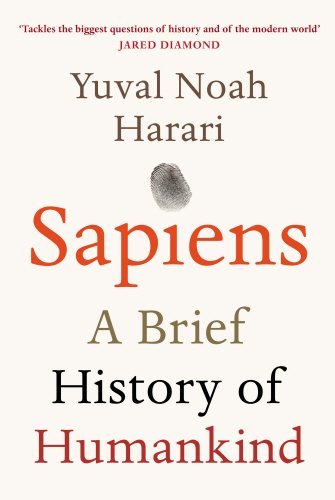 Based on his book Sapiens, Yuval Harari offers an article in Real Clear Science which actually doesn’t tell us much we don’t know, but tells it in one place:

There are two conflicting theories. The ‘Interbreeding Theory’ tells a story of attraction, sex and mingling. As the African immigrants spread around the world, they bred with other human populations, and people today are the outcome of this interbreeding.

For example, when Sapiens reached the Middle East and Europe, they encountered the Neanderthals. These humans were more muscular than Sapiens, had larger brains, and were better adapted to cold climes. They used tools and fire, were good hunters, and apparently took care of their sick and infirm. (Archaeologists have discovered the bones of Neanderthals who lived for many years with severe physical handicaps, evidence that they were cared for by their relatives.) Neanderthals are often depicted in caricatures as the archetypical brutish and stupid ‘cave people’, but recent evidence has changed their image.

The opposing view, called the ‘Replacement Theory’ tells a very different story – one of incompatibility, revulsion, and perhaps even genocide. According to this theory, Sapiens and other humans had different anatomies, and most likely different mating habits and even body odours. They would have had little sexual interest in one another. And even if a Neanderthal Romeo and a Sapiens Juliet fell in love, they could not produce fertile children, because the genetic gulf separating the two populations was already unbridgeable. More.

Not sure which way it happened though. So what is the point of the debate?

A critical question is, would the “separate species” have genuinely different values from what we know of typical humans?

Tolkien’s Lord of the Rings portrays a world where there are indeed separate intelligent species, and the story climaxes with an epic battle between one general group of species and another. But that’s fiction. We really just don’t know.

A deep and abiding need for Neanderthals to be stupid. Why?

26 Replies to “Real Clear Science on what if there were genuinely separate human species?”