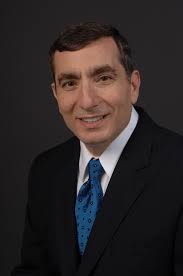 From James Tour at Inference Review:

Life requires carbohydrates, nucleic acids, lipids, and proteins. What is the chemistry behind their origin? Biologists seem to think that there are well-understood prebiotic molecular mechanisms for their synthesis. They have been grossly misinformed. And no wonder: few biologists have ever synthesized a complex molecule ab initio. If they need a molecule, they purchase molecular synthesis kits, which are, of course, designed by synthetic chemists, and which feature simplistic protocols.More.

He doesn’t literally mean that “everyone is lying” but rather that the problem is so much bigger and deeper than it is often portrayed that typical science media claims are not reliable.

Chemist James Tour writes an open letter to his colleagues

See also: Origin of life: Informational principles or “other laws”?

Biophysicist [Jeremy England]: Order can arise from nothing! I have evidence! – Rob Sheldon replies