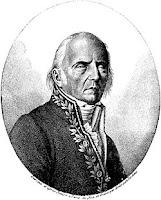 About twenty five years ago Lars Olov Bygren discovered that feast and famine years can affect not only those who endure them, but their progeny as well. Bygren was not the first to observe that environmental influences can be transmitted to subsequent generations. And as with the earlier discoveries, even in recent decades such empirical findings have not been welcomed by evolutionists. Why? Because such findings go against evolutionary theory. As a recent Time magazine article explained:  Read more

One Reply to “The Human Epigenome Project: Darwinian-Free Science”